Clearly, maxing out a 401(k) over time is a great way to set yourself up for a financially secure (and extremely comfortable) retirement. Unfortunately, most savers aren't able to hit that max and lose out on an otherwise solid opportunity to live it up during their golden years. In fact, only 13% of plan participants managed to max out their 401(k)s last year, according to data from Vanguard.

Not surprisingly, those who maxed out tended to have higher incomes -- 40% of those earning over $100,000 were able to reach last year's limit. But that still means that well more than half of higher earners failed to max out. 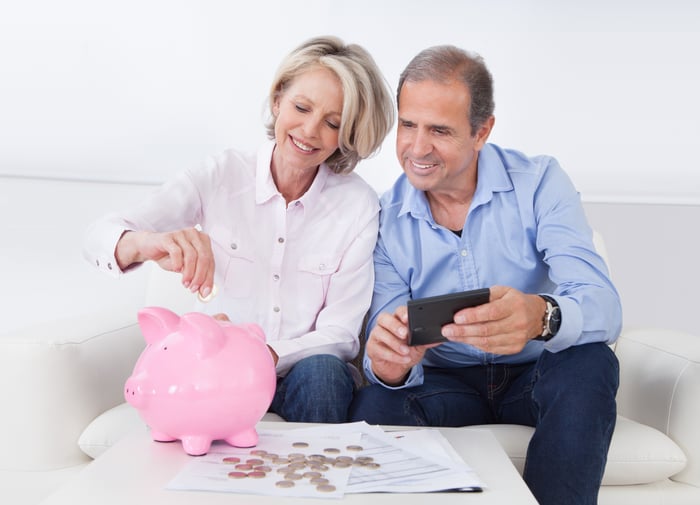 If you've been contributing to a 401(k) at any level, you're doing the right thing for your future. But if you really want to grow a solid nest egg, it pays to aim to max out, even if that means making sacrifices along the way.

How much can your savings grow?

Parting with a large chunk of your earnings is hard, even if you're not giving it up so much as setting it aside for the future. But the following table might motivate you to make that effort:

As you can see, if you max out a 401(k) for the better part of your career, you stand to retire with close to $4 million, assuming your investments generate an average annual 7% return during that time. That 7%, however, is actually a few points below the stock market's average, and if you invest the bulk of your 401(k) in stocks, that's a reasonable return to work with.

Another thing to keep in mind about the above figures is that they're based on this year's annual contribution limits. If those thresholds increase in future years, which they're likely to do, and you're able to keep pace, you stand to retire with even more.

Furthermore, while the above table shows what might happen if you were to max out a 401(k) from this point onward, know that maxing out for even a couple of years will work wonders for your nest egg. So even if you don't expect to be able to maintain a yearly contribution of $18,500 or $24,500 for the remainder of your career, hitting that max for even a brief period of time will boost your savings tremendously.

Maxing out a 401(k) generally boils down to making choices. If you're willing to live below your means and cut back on living expenses, you may be surprised at just how much cash you're able to free up for savings. If you're serious about retiring comfortably, take a look at your budget and see where there's room to trim the fat.

That could mean downsizing to a smaller living space, taking modest vacations instead of the luxury trips you're used to, or cooking more meals at home to avoid overspending at restaurants. There are so many options you can play around with, but if you're amenable to cutting back, your nest egg will surely benefit.

Another route you might consider is getting a side hustle. Working a second gig could spell the difference between maxing out a 401(k) or not. While you might argue that it's a somewhat extreme means of hitting that limit, the sacrifice will be worth it if it's important enough to you.

Remember, saving any amount of money for retirement is better than saving nothing at all. But if you manage to max out your 401(k) for any period of time, you'll benefit in a very big way -- and that's reason enough to try to do just that.

Did You Max Out Your 401(k) Last Year? Only 13% of Participants Did @themotleyfool #stocks Next Article
Current