Though many baby boomers are still actively taking steps to advance their careers, many are no doubt counting down to retirement. No matter which camp you're in, you should obviously be focused on building a nest egg so you have money to pay the bills once your workforce exit becomes official. But here's another financial goal that should grab your attention: building a solid emergency fund. And, unfortunately, a large number of baby boomers are behind in this regard.

In a recent Bankrate study, 43% of baby boomers owned up to having either less than three months' worth of living expenses in the bank or no immediate savings at all. And that's a mistake they need to rectify quickly, before the next financial emergency strikes. 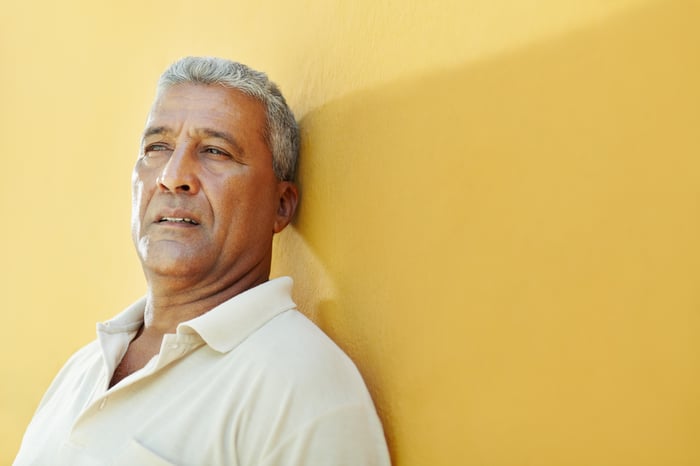 We all need emergency savings

Regardless of where you are in life, you need a solid level of emergency savings to protect yourself from unplanned bills or periods of unemployment. At a minimum, you should have three months' worth of living expenses socked away, with six months of expenses being a more ideal target. Incidentally, only 36% of baby boomers reached the latter savings milestone as per the aforementioned study, which means the majority of older workers still have a gap to fill.

Of course, one reason boomers might neglect their emergency funds is that they're aggressively trying to save for retirement. And that logic makes sense. If your golden years are nearing and your nest egg isn't where you want it to be, it stands to reason that you'd want to stick any extra cash you get into your IRA or 401(k) to grow that money while you can.

Here's the problem, though: If you don't have adequate cash reserves, you may be tempted to take an early withdrawal from a retirement plan to cover an unplanned expense. And that could hurt you in multiple ways.

For one thing, if you remove funds from a traditional IRA or 401(k) before reaching age 59 1/2, you'll face an early withdrawal penalty equal to 10% of the amount you remove. This means that if you run into a $5,000 expense and decide to withdraw that much from either type of account, you'll lose $500 off the bat. You'll also pay taxes on whatever sum you remove, though to be fair, that would be the case in retirement as well.

But what's perhaps even worse than that 10% penalty is that by removing funds from your nest egg prematurely, you'll lose out on whatever growth that money could've achieved. Imagine you're 57 years old and your goal is to retire at 70. You lose your job unexpectedly and take a $10,000 distribution from your IRA to cover your bills while you look for new work. Meanwhile, the rest of your IRA is averaging a 7% annual return, and it continues to generate that same return over the next 13 years. By removing that $10,000, you'll end up losing out on $24,000 in retirement income when you factor in potential growth.

That's why it's rarely, if ever, a good idea to tap your nest egg for anything other than paying the bills in retirement. But if you don't have an adequate emergency fund, you may have no choice but to go that route. So don't put yourself in that position. Comb through your budget, find ways to cut corners, and start sticking whatever money you don't spend month after month in the bank. You might also consider a temporary side gig to drum up that extra cash. The beauty of starting a side hustle later in life is that you might get the option to carry it with you into retirement, where it can serve as a backup income stream at a time when you no longer have a paycheck coming in.

No matter what steps you take to build a solid emergency fund, make that your focus above all else. In fact, you may have to scale back on contributing to your nest egg while you work to build immediate savings, but it's a setback worth facing if it means buying yourself financial security for the near term.