Homeownership in retirement certainly has its benefits. It's the unknown costs that come along with it that can throw your finances out of whack.

We all have our own respective visions of what life in retirement will look like. For the bulk of Americans, however, that means owning a home. In fact, 85% of current workers say they plan to own during their golden years, according to new data from Voya Financial, while 79% of current retirees are property owners. But while owning during retirement has its benefits, there's one major drawback to also be aware of.

Why own during retirement?

There are several good reasons to own a home during retirement. For one thing, ownership still offers a host of tax breaks, such as the mortgage interest and property tax deduction, which is currently capped but very much still in play. Additionally, owning a home gives you a potential source of equity you can use to your advantage later in life. If cash flow becomes an issue, for example, you can get a reverse mortgage (though proceed with caution before you do) or home equity line of credit to buy yourself more options for paying the bills. And that's something renters can't do. 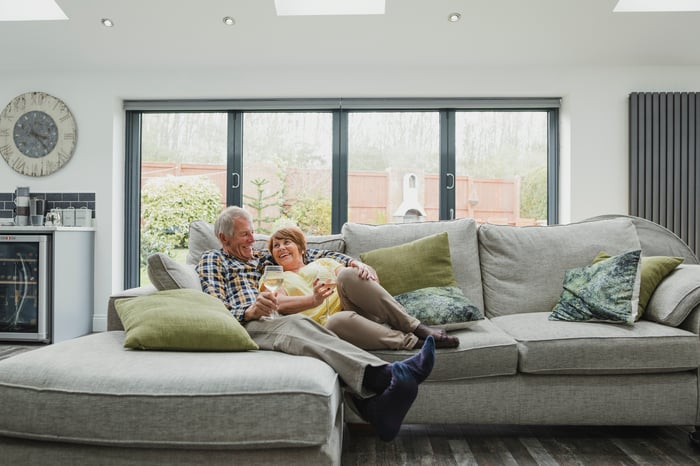 Homeownership in retirement can be a dangerous prospect

Despite the aforementioned benefits, there's one huge drawback to owning property in retirement, and it's committing yourself to a variable expense while living on a fixed income. Even if your mortgage itself is paid off by the time you enter retirement, you'll still have property taxes to contend with. And those have a tendency to rise over time, even during periods when home values don't follow suit.

There's also maintenance and repairs to think about, and that's where a lot of retirees who own homes get into trouble. The average homeowner spends 1% to 4% of his or her home's value on standard annual upkeep. Now being a retiree doesn't automatically mean you'll own an aging home. But if yours is on the older side, you should plan on hitting the top end of that range, which could really eat into your limited budget.

Furthermore, while that 1% to 4% range applies to regular maintenance, it doesn't include major repairs that could spring up on you without notice. I'm talking about things like your heating system going kaput or a pipe bursting in your basement -- expenses that could really hurt you financially when your income doesn't allow for too many surprises.

And there lies the danger of owning a home in retirement: You just don't know what to expect. And while renting certainly isn't without risk -- you could see your rent go up from year to year or find yourself suddenly on the hunt for a new home when your landlord unexpectedly decides to sell -- when you rent, you lock yourself into a fixed cost for the duration of your lease. Sign a series of long-term, affordable leases, and you eliminate much of the worry that comes with owning.

Ultimately, the decision to own a home during retirement boils down to how much risk you're willing to take on. If you love your home, adore your neighborhood, and don't want to deal with the hassle and uncertainly of renting, then by all means, stay in your home. Just make sure you have a decent chunk of savings -- both emergency and otherwise -- to protect yourself from the various unknowns involved.