When you're in your 20s or 30s, you're probably not thinking too much about retirement. Chances are, you're concentrating on more pressing financial goals, like shaking off your student debt, paying off your credit cards, and saving for a down payment on a home. But even though retirement might seem like a far-off milestone, you still should understand the realities it presents. Here are a few must-know truths about retirement that you're better off learning sooner rather than later.

Some people plan to never retire and instead continue working until they're on their way to the grave. Others plan to work well into their 70s or even 80s. And those are certainly some lofty goals. But the fact of the matter is that 60% of workers wind up having to retire sooner than planned, and the reasons run the gamut from job loss to health issues. The sooner you understand that retirement may not be a choice, but rather a card you're dealt, the sooner you'll be motivated to start planning for it. 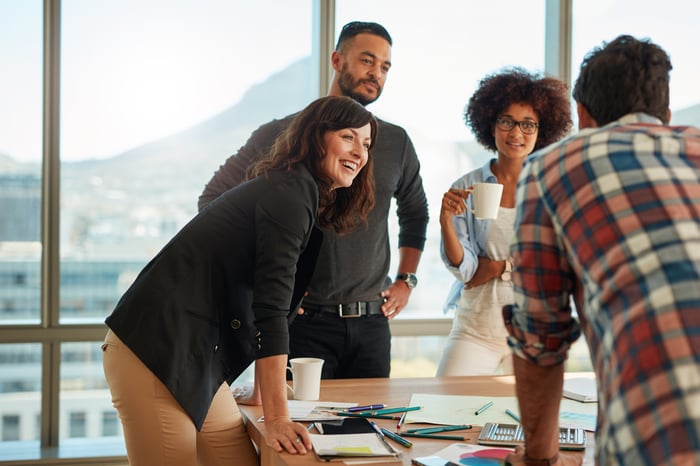 Many people don't save for retirement because they assume their living costs will be low enough for Social Security to cover. The reality, however, is that your expenses probably won't drop too drastically once you stop working. Sure, you'll save a little money by not having to commute, but you'll still need transportation, not to mention housing, healthcare, food, clothing, utilities, and entertainment -- expenses that are likely to stay the same or even go up in retirement (especially healthcare).

In other words, don't assume that you'll manage to get by without savings, because while Social Security will provide some income down the line, it's only designed to replace about 40% of the average worker's pre-retirement earnings. Most seniors, however, need roughly double that amount to live comfortably, so consider this your wakeup call that you'll need to build a nest egg of your own.

3. The longer you wait to start saving for retirement, the worse financial shape you'll be in

You'd think this one would be a no-brainer, but countless younger workers out there are mostly unaware of the value of compounding. As such, they're willing to pass up a key opportunity to grow a small amount of savings into a sizable sum over time.

Compounding is the concept of earning interest on top of interest. When you give yourself multiple decades to save money, the gains you generate early on can be reinvested over that window so that you're left with a much larger sum at the end of the day. The following table further illustrates this point:

But watch what happens when your savings window shrinks. Suddenly, your gains become less impressive, at which point you start kicking yourself for giving up all of that money. So don't let that happen. Start saving early on and enjoy the perks of being wealthy (or at least comfortable) in retirement later.

Like it or not, retirement is something we all need to worry about. Even if your career is likely to last another 30 or 40 years, start planning for the future by reading up on retirement and setting a small amount of money aside each month in an IRA or 401(k). You'll be thankful you did later on.