Running out of money in retirement is a huge concern, so much so that 60% of older Americans are more fearful of depleting their nest eggs prematurely than actually dying. And given that a large number of workers in their 50s and 60s are behind on savings, it's a clear source of stress for those who don't feel adequately prepared. 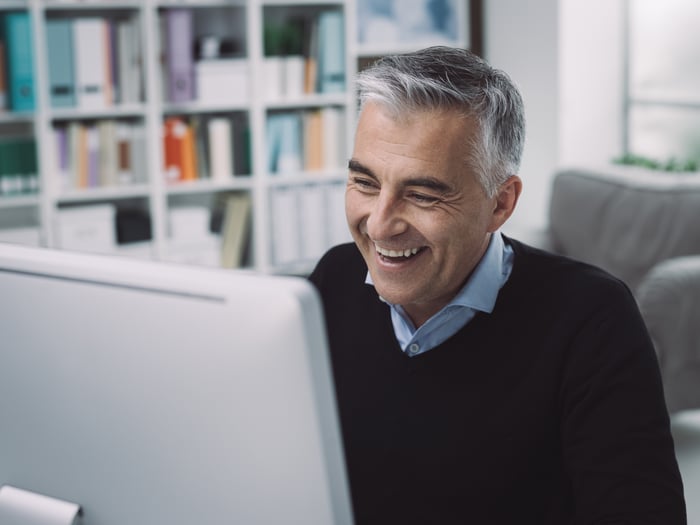 According to the National Bureau of Economic Research, working a few extra years has a much bigger impact on boosting retirement income for older workers than increasing retirement plan contributions during their last decade of work. And that's reason enough to consider extending your career.

The perks of working longer

There are several benefits associated with working longer that make it a solid strategy for boosting retirement income. For one thing, the longer you work, the more opportunity you have to contribute to your nest egg. Currently, adults 50 and over can contribute up to $24,500 annually to a 401(k) and $6,500 to an IRA.

So imagine you're 67 and want to retire, but instead, you extend your career by three years and max out a 401(k) during that time. In doing so, you'll add $77,200 to your nest egg if your investments deliver a relatively conservative 5% return. And chances are, that's a more effective tactic than simply boosting your savings rate during the tail end of your career.

But let's run some numbers to compare. Imagine your plan has always been to retire at 67, so beginning at age 57, you increase your retirement plan contributions by $200 a month for the next 10 years. If your investments deliver a 7% return during that period (keeping in mind that you can invest more aggressively when your savings window is longer), you'll add about $33,200 more to your nest egg, and that's certainly helpful. But as you can see, working three extra years and maxing out a 401(k) will have a far more impactful result, as you're coming out $44,000 ahead. (And you should, in theory, have no problem maxing out at a time when you were ready to pull the trigger on retirement anyway.)

Now this is just a single scenario, and there are countless ones to play around with. The point, however, is that if you're looking to boost your retirement income, working longer may be a better way to get there than retiring on time and increasing your savings rate during the latter part of your career.

Of course, there are other factors at play that make working longer a more effective choice. When you put in a few extra years in the workforce, you get to not only keep funding your nest egg, but also hold off on withdrawing from your savings, thereby giving your money additional time to grow. Furthermore, working longer might allow you to boost your Social Security benefits, thereby securing a higher income stream for life.

For each year you hold off on taking benefits past your full retirement age, as determined by the Social Security Administration, you'll snag an 8% boost on your Social Security payments that will remain in effect for as long as you collect them. So let's say your full retirement age is 67, at which point you'd get $1,400 a month in benefits (which is roughly what the average recipient collects today). Working until age 70 will increase your monthly payments to $1,736. Over a 20-year retirement, that's an additional $80,640 in income.

So there you have it: If you're willing to extend your career by even a few years, the impact on your retirement income could be substantial. And, as an added perk, data from Oregon State University has shown that working longer could lead to a longer life. Of course, the longer you live, the more money you'll need in retirement, but at least that's a pretty good problem to have.

This Is the Best Way to Boost Retirement Income, Research Shows @themotleyfool #stocks Next Article
Current