Recently, my colleague Sean Williams reported that come 2019, Social Security recipients might see their highest cost-of-living adjustment, or COLA, in nearly a decade. For those who rely on Social Security for the bulk of their retirement income, that's clearly a much-needed dose of positive news, especially since over the past 10 years, beneficiaries were completely denied a COLA on not one, not two, but three separate occasions. And while it's too soon to know what exactly the upcoming COLA will look like, as Sean stated, recipients might get as much as a 3.3% boost in 2019.

But before we bust out the celebration hats, let's see what that sort of increase really means. The average Social Security beneficiary collects $1,404 a month at present. If recipients were to get a 3.3% increase, that figure would increase by $46 for a total of $1,450 per month. It would also represent an increase of $552 per year. 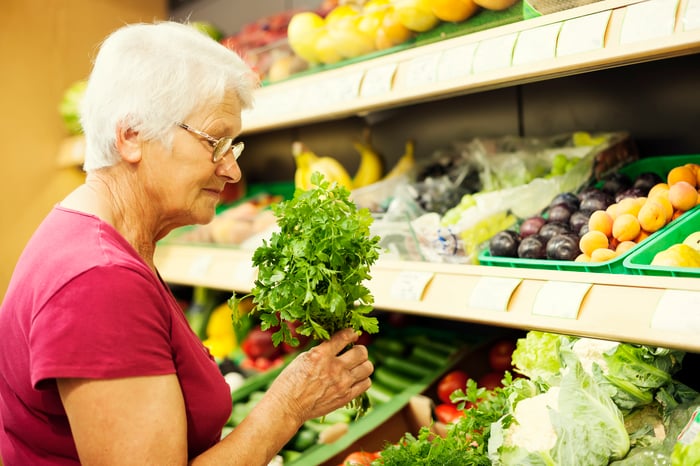 Now that might seem like a decent raise, but let's remember a couple of things. First, common senior expenses (think prescription drugs, food, and the like) have been climbing at a rate that well outpaces Social Security's modest yearly increases. Second, if Medicare Part B premiums go up this year, seniors who might otherwise look forward to their COLA could see the bulk of it wiped out, leaving beneficiaries back at square one.

A better way to get a yearly raise

As much as seniors who collect Social Security anticipate those COLAs each year, it's time to face the reality that they do a poor job of allowing beneficiaries to maintain their standard of living. So rather than bank on that COLA going into 2019, you're better off taking steps to boost your income yourself.

You might start by examining your budget and identifying ways to cut corners. Maybe you're paying for a cable plan you don't really use, or a magazine subscription you can do without. Shaving small amounts here and there could easily put more money back in your pocket on a monthly basis than even the most generous COLA in recent history.

But it's not just small changes you should focus on. If you've been struggling to pay your bills, it pays to consider making one significant change to your budget, whether that means downsizing your living space or moving to a less expensive part of the country altogether. And if you are going to hang on to a larger home, you should use it as an income source by renting it out.

Another good way to generate more income in retirement? Get a part-time job. Working even a few hours each week could boost your annual income by well more than the $552 we talked about earlier, and as a bonus, it'll give you something productive to do with your time. If you'd rather not have to answer to a boss or stick to somebody else's schedule, start your own venture. Retirement is a great time to get creative and turn your favorite pastimes into money-making opportunities, and if you're willing to put in the effort, you might boost your income substantially, all the while enjoying yourself in the process.

Clearly, any Social Security COLA is better than no COLA at all, and the fact that next year's increase is potentially hovering above 3% is encouraging. At the same time, whatever COLA you end up receiving will only get you so far, so if you're tired of feeling like you're struggling to keep up with your bills, it's time to take matters into your own hands.