In most ways, the state of retirement savings in America has been steadily improving over the past decade or so. There are a few factors that could be responsible for this -- for example, the financial crisis could have scared many people into saving more, auto-enrollment in employer plans is more common, and the stock market has performed exceptionally well.

However, it's not all good news. Here's a rundown of some of the more encouraging retirement statistics and trends in America, according to a report by Fidelity, and one that leaves a lot to be desired. 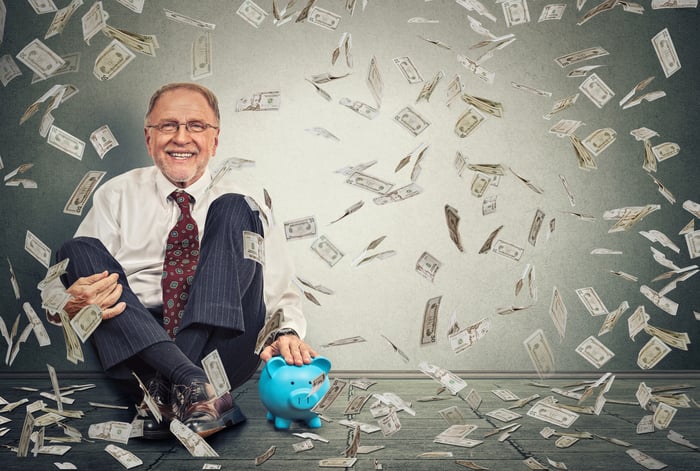 More people are participating in their employer's plans -- sort of

At first glance, it appears that participation in defined contribution (DC) retirement plans has increased significantly. Since the end of 2007, the average DC plan participation rate has risen from 64.2% to 69.5%. This includes plans such as 401(k)s, 403(b)s, and other similar qualified retirement plans.

Here's some truly good news: Americans who participate in defined contribution plans such as 401(k)s through their employers are setting aside more money for their retirement. Since 2010, the average total contribution rate (including employer matching contributions) has increased from 11.8% of each employee's salary to 13.2%. Experts generally suggest a total savings rate of about 15% for a comfortable retirement, so it certainly appears that we're getting closer.

Average balances are on the rise

The average American's defined contribution retirement plan has $102,900 in it, as of the end of 2018's first quarter. This is up by 17% since 2018 and is up by a staggering 62% over the past decade. And it's important to mention that this average is somewhat distorted by the generally lower contribution rates of auto-enrolled employees and people who are relatively new to their jobs. In fact, among participants who have been continuously investing in a defined contribution plan for 15 years or more, the average balance is $379,600 -- nearly four times the overall average.

To be fair, the majority of the recent increase (about 70%) can be attributed to the strong performance of the stock market. However, some is certainly thanks to the higher savings rates mentioned in the previous section.

Fewer people are taking loans from their plans

Another encouraging trend is fewer participants taking loans from their retirement plans. Over the past four years, the percent of participants with outstanding loans has fallen from 22.3% to 20.6%.

Like many financial planners, I have mixed feelings toward loans from 401(k)s and other retirement plans. While I'm generally not in favor of anything that jeopardizes someone's retirement savings, a loan can make sense in some circumstances. For example, it's tough to make the case that taking out a 401(k) loan at 5% interest to get rid of credit card debt at 24% interest is a bad idea. Just be aware that even though you're paying yourself back with interest, your retirement funds have higher return potential if they're left alone invested in your account.

For the most part, all of the trends regarding employer-sponsored retirement plans in America seem to be heading in the right direction. Participation rates are up thanks to auto-enrollment, average savings rates are up, balances have risen substantially, and fewer people are choosing to borrow against their accounts.

However, there's one area with lots of room for improvement. When changing jobs, a staggering 35% of retirement plan participants are choosing to cash out their accounts.

As I've written before, this is perhaps the worst financial decision you can make regarding your retirement, especially when you're young. And that's who is the worst about cashing out -- the job-changing cash-out rate among 20- to 29-year-olds is 41%.

On the other hand, if you were to leave the $20,000 invested in a properly allocated portfolio of stocks and bonds, it could grow to more than $213,000 by the time you're 65 and ready to retire. Would you rather have $13,600 now or more than 15 times that amount later on? Seems like a no-brainer to me.