Before you file for benefits as early as possible, think about what you'll be giving up.

The average senior today collects roughly $1,400 a month in Social Security, and that money no doubt comes in handy for necessities and luxuries alike. But if you're not smart about when you file for benefits, you could end up shortchanging yourself on the Social Security front.

Though your benefits themselves are calculated based on your earnings during your working years, the age at which you first file for them has an impact, too. If you claim benefits at full retirement age, which, depending on your year of birth, is either 66, 67, or 66 and a certain number of months, you'll get the full dollar amount your work record entitles you to, payable on a monthly basis. 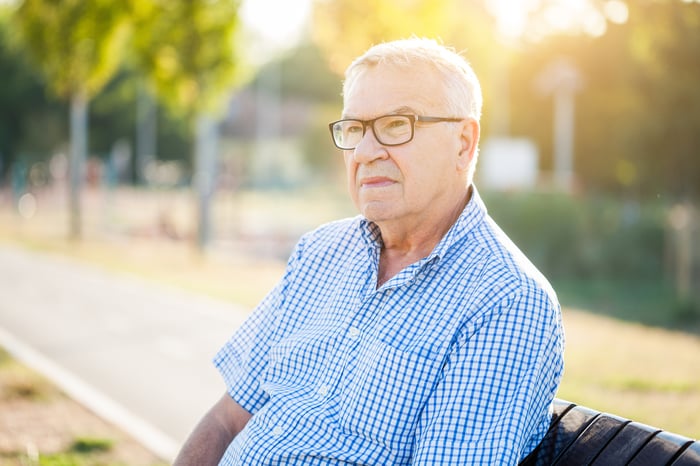 That said, you don't have to wait until full retirement age to start taking benefits. Rather, you can claim them as early as age 62 -- an option many seniors choose to capitalize on.

But while the idea of getting your hands on your money might seem appealing at first, you should know that going this route will result in an automatic reduction in your monthly payments. Now that total reduction will be a function of your full retirement age and how far ahead of it you're claiming benefits, but if that age is 66, you'll take about a 25% hit. If your full retirement age is 67, you'll lose about 30% of your benefits. And with that in mind, here are a few reasons why filing for Social Security at 62 might really hurt you in the long run.

You might think that a reduction in benefits is a small price to pay for getting your hands on that cash sooner. But when you think about how long you might live, that's a lot of money to potentially lose out on. According to the Social Security Administration (SSA), the average 65-year-old man today is expected to live until 84.3, while the average 65-year-old woman is expected to live until 86.6. Not only that, but 25% of 65-year-olds will live longer than 90, while 10% will live past 95.

Before you prepare to accept a lower monthly benefit for life, think about how long you might actually continue to exist on this planet, and consider that you may be selling your life expectancy short. Remember, Social Security's payout formula is actually designed to reward you financially if you hold off on filing and then live a longer than average life, so if your health is great, you might consider sitting tight for a while and letting those benefits grow.

2. You'll likely get stuck with a lower monthly benefit for life

Some people who file for Social Security at 62 do so because of a pressing need for money. Those same people, however, might assume that once they get back on their feet financially, they'll simply withdraw their application for benefits and start over later on with a clean slate, thereby avoiding a permanent reduction in their monthly payments.

Now the truth is that you can get a do-over when it comes to Social Security. If you file early and change your mind, you can withdraw that application, provided you do so within a year, and start collecting a higher monthly benefit later in life. But to pull that off, you'll also need to repay the SSA every cent you received from it. And that's no easy feat, especially if your decision to file at 62 stemmed from a need for cash in the first place. So rather than file at 62, all the while banking on the potential for a do-over, assume that if you take benefits as early as possible, there's a strong chance you'll continue collecting that lower monthly payout for life.

3. The program will probably be around for a long time

Some people rush to claim Social Security as early as possible because they're of the impression that the program is going broke, and that they might as well get their money while they can. But while Social Security is facing some financial difficulties, the program is by no means in danger of going away. According to the last Trustees Report, the worst-case scenario right now involves a potential 21% reduction in benefits beginning in 2034. But since so many seniors count on those benefits to stay afloat financially, there's a good chance Congress will step in with a fix.

In other words, don't rush to claim your money because you think you won't get it down the line. Chances are, you will, but if you file at 62, your monthly payouts will be lower -- not because of Social Security's financial shortcomings but because of your own rash decision.

Of course, there are certain scenarios where filing for Social Security at 62 makes sense. If your health is poor, for example, and you don't expect to live a long life, you're generally better off taking benefits as early as possible to secure the highest lifetime payout. Similarly, if you're out of work, you're better off taking benefits early to pay the bills than racking up costly debt. But unless you have a compelling reason to claim benefits at 62, consider what you stand to gain by holding off.