Please ensure Javascript is enabled for purposes of website accessibility
Log In Help Join The Motley Fool
Free Article Join Over 1 Million Premium Members And Get More In-Depth Stock Guidance and Research
By Maurie Backman - Oct 13, 2018 at 7:18AM

That is, if there's really a problem at all.

The most popular age to file for Social Security is 62, and not surprisingly, that's the earliest possible age to take benefits. At the same time, you'll often hear dire warnings not to file for benefits that soon because doing so could set you back financially for life. But is claiming Social Security at 62 really such an awful idea?

What happens when you file for benefits at 62?

To understand the potential problem with signing up for Social Security at 62, we'll need to review how those benefits work. Essentially, your monthly benefit is determined by taking an average of your 35 highest years of on-the-job earnings and adjusting them for inflation. From there, the Social Security Administration (SSA) will calculate your full monthly benefit, which is the sum you're entitled to receive at your full retirement age, or FRA.

Your FRA is a function of your year of birth, as follows:

When you file for benefits at age 62, you're claiming them well ahead of FRA, no matter what year you were born. And that, in turn, results in a reduction in your full monthly benefit figure. 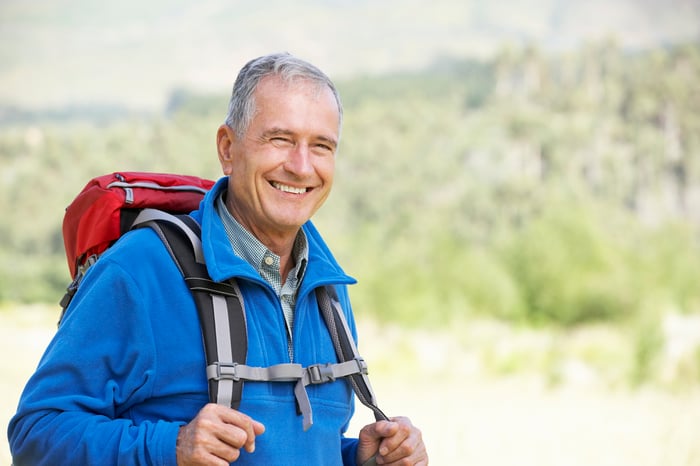 Whether that reduction remains in effect on a permanent basis, however, is up to you. If you file at 62 and continue collecting benefits for the rest of your life, you'll be stuck with that lower amount for good. (Contrary to what you may have heard, your benefits won't jump back up once you reach FRA.) However, if you withdraw your application for benefits within a year and pay back everything you collected to the SSA, you can start fresh by filing at a later date, thereby avoiding a lifelong reduction in benefits.

In this regard, taking benefits at 62 can function as a short-term loan of sorts -- you collect your money, use it as needed, and pay it back before a lifelong reduction in Social Security income ensues. Still, it's a hazardous gamble, since repaying the SSA in time is easier said than done.

Longevity and your filing age

While there is a danger to claiming Social Security at 62 and reducing your monthly benefits for life, in some cases, that move could work out for you financially -- especially if you don't end up living very long. Imagine you're entitled to a monthly benefit of $1,500 at an FRA of 67, only you file at 62 instead, thereby reducing it to $1,050. If you live until 85, you'll end up collecting over $34,000 less in your lifetime by virtue of that permanent reduction. On the other hand, if you only live until 75, you'll actually come out about $20,000 ahead by taking benefits at 62 rather than waiting until FRA.

Now clearly, part of the challenge in deciding when to take benefits is not having a crystal ball to predict your own mortality. But here's something you should know: In a recent survey of older Americans in which 45% claimed Social Security at 62, the majority didn't end up regretting that decision, despite the reduction in benefits it produced.

Furthermore, for some seniors, that reduction just plain doesn't matter. If you're in a position, for example, where you've saved extensively and don't need your Social Security income to pay your bills, you might opt to file early and use it to enjoy life while you're younger. And there's certainly nothing wrong with that.

Though you'll often hear that claiming Social Security at 62 is a bad idea, the reality is that it's not always a problem. As is the case with all financial decisions, you're better off evaluating your own needs rather than buying into a general philosophy that may or may not apply to you.