Please ensure Javascript is enabled for purposes of website accessibility
Free Article Join Over 1 Million Premium Members And Get More In-Depth Stock Guidance and Research
By Maurie Backman - Oct 16, 2018 at 11:03AM

Most Americans don't know how much to sock away for the future. Here are some guidelines that will help.

We're told time and time again about the importance of saving for retirement, especially since Social Security alone won't be enough to pay the bills. The problem, though, is nailing down just how much money to accumulate. After all, there's no magic number that guarantees financial security in retirement, and while it stands to reason that you're better off saving $3 million than $300,000, there's clearly a pretty sizable gap in between.

In fact, 60% of Americans say they really have no idea how much to save for retirement, according to data from TD Ameritrade. If you're one of them, here are some general guidelines to follow.

1. Assume you'll need about 80% of your previous income to live comfortably

Many people assume that their expenses will magically shrink in retirement, but that generally doesn't end up being the case. When you consider the various things you spend money on at present, there's no reason to think you'll pay less for them 5, 10, or 20 years in the future. (Quite the contrary -- they'll most likely cost more thanks to inflation.) That's why, as a general rule, it's a good idea to plan on needing about 80% of your former income to pay the bills without stress in retirement. This means that if you're earning $60,000 at the end of your career, you'll want about $48,000 a year once you stop working. 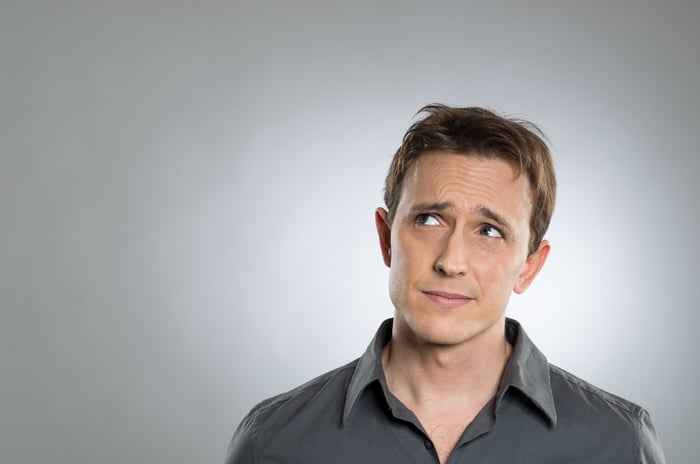 Of course, not all of that has to come from savings. Social Security, for example, pays the average beneficiary around $17,000 annually at present, so if you're eligible for something in that ballpark, you're looking at a $31,000 gap to fill each year.

Americans are living longer these days, and while that's a good thing in theory, it also means workers need to ramp up their savings to ensure that they last long enough. While the average U.S. retirement currently lasts 18 years, if your health is strong and you retire in your 60s, there's no saying you won't be looking at a 25- to 30-year retirement at the least. And planning for that eventuality is a smarter bet than selling your own life expectancy short.

3. Aim to sock away at least 10% of your income on a yearly basis

So far, we've discussed the fact that your expenses probably won't drop much in retirement and that you could end up living longer than anticipated. So where does that leave you from a savings perspective? It's simple: You should aim to start socking away money at an early age, and allocate as much of your paycheck to your nest egg as you can afford to part with.

If you start saving in your 20s, you can probably get away with consistently setting aside 10% of your earnings. That's really the minimum, though, and if you start a bit later in life, you'll want to aim to set aside 15% to 20% of your income.

Let's go back to our example of a $60,000 salary. For the sake of simplicity, let's assume you earned that same amount every year throughout your career, even though we know that salaries tend to fluctuate (climb) over time. Assuming you set aside 10% of that $60,000 each year, or $500 a month, here's the sort of nest egg you could end up building, depending on when you start saving:

So what do these figures mean? As a general rule, you can plan on withdrawing about 4% of your nest egg's value each year in retirement without having to worry about running out of money over a 30-year period. Therefore, if you were to retire with $1.2 million, that would translate into $48,000 a year in income, which would make for a very comfortable retirement based on our example. If you were to wind up with $829,000, you'd have $33,000 a year in income, which also nicely fills the gap in our aforementioned example.

Therefore, as you accumulate wealth in your nest egg, run that 4% calculation to see how much yearly income it'll actually buy you. This will help you determine whether you're on track for retirement or need to start saving more.

Pinpointing your exact retirement savings target is easier said than done. But if you follow the above guidelines, you'll put yourself in a better position to save appropriately and retire comfortably.