Though it's crucial to save for retirement throughout your career, the closer you get to that milestone, the more imperative it becomes. Yet there are many reasons older workers fail to save appropriately. For some, it boils down to high housing costs. For others, it's not recognizing the importance of having savings, and therefore not making them a priority.

But for 31% of baby boomers, not saving for retirement boils down to having too much income monopolized by student loans, according to a new report by the Association of Young Americans -- a lobbying group for people between the ages of 18 and 35 -- and the AARP. And of those baby boomers who remain saddled with student debt, 50% owe $30,000 or more.

If your loans prevent you from saving for retirement, you'll need to overcome that challenge and pad your nest egg -- before it's too late. 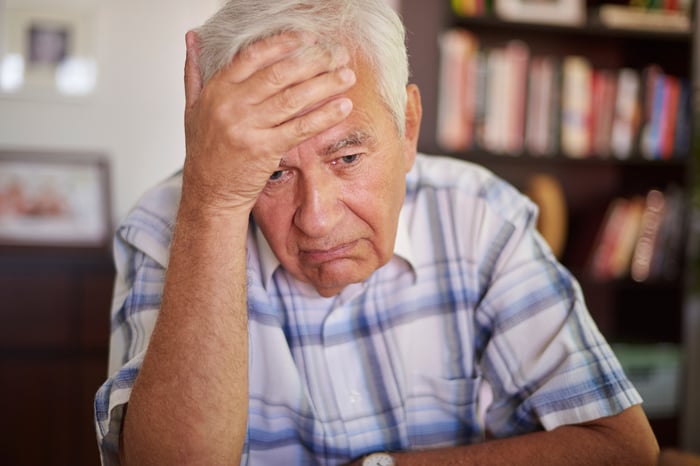 Most people know that some retirement savings are better than none at all. But what many folks don't realize is that Social Security alone won't enable them to pay the bills. For average earners, those benefits will replace about 40% of pre-retirement income. Most retirees, however, need closer to 80% of their former earnings to stay on top of expenses, and without savings of your own, you might find it impossible to bridge that gap.

Of course, funding a nest egg is easier said than done when you're forking over hundreds of dollars each month in student loan payments. But since you have no choice but to pay off that debt (and you should aim to pay it off before retirement), you'll need other ways to eke out some savings.

Start by examining your budget, or creating one if you don't have one already, and identifying ways to cut spending. That might mean downsizing to a smaller residence, getting rid of a car, or cooking at home and avoiding restaurants, which typically charge a ridiculous markup. If you're able to free up $300 a month and put that into an IRA or 401(k) starting at age 55, you'll have $64,000 by age 67, assuming your investments generate an average annual 7% return during that period. Is that a ton of money in the grand scheme of retirement? Not exactly. But it's certainly better than nothing.

Another option is taking on a side hustle. Of the millions of Americans working today, 14% hold down a second job for the express purpose of contributing to a retirement plan. So let's imagine that besides the $300 a month you might save by reducing spending, you earn $300 a month via a second gig. Invest that $600 a month at an average annual 7% return (more than doable if you load up on stocks), and you'll have $129,000 in 12 years' time.

Finally, if you're really struggling to save for retirement because of your loans, you could extend your career. That gives you more time to fund your nest egg, while leaving your existing savings untouched for longer.

It's hard to shake the burden of student debt, and clearly, it can easily derail your retirement plans. If you're an older worker with a paid-off degree, don't make the mistake of taking out additional loans to help a child or grandchild pursue an education. It's one thing to struggle with your own long-standing debt, but it's another to compromise your retirement to ease somebody else's burden.