Americans generally tend to crave instant gratification, and that translates into the way we spend money. Rather than save for a far-off goal, many of us would rather make impulse purchases that bring us satisfaction on the spot.

It's this attitude, however, that seems to be hurting younger adults, in particular. That's because nearly 40% of millennials feel that saving for retirement can wait, according to Navient's Money Under 35 study. Rather than pump money into their nest eggs, adults aged 22 to 35 tend to prioritize shorter-term goals, such as buying a home or saving for vacation. 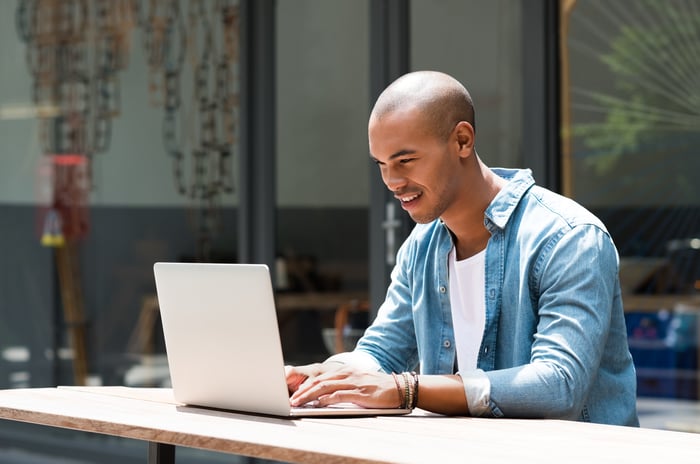 The problem, of course, is that by delaying saving for retirement, millennials are losing out on years of compounded returns in their IRAs and 401(k)s. And that could, in turn, cause them to come up short once their golden years roll around.

Don't miss out on years of growth

Saving for retirement can be challenging when you're saddled with student debt and grappling with an entry-level salary -- scenarios millennials are more than familiar with. The problem, however, is that the longer you put off saving for the future, the less you stand to gain in investment growth. The following table further illustrates this point:

In case you're wondering where that 7% average yearly return comes from, it's actually based on the stock market's historical average. In fact, 7% is just below what the stock market has returned over time, which means that if you load up on stocks for a 10-year period or longer, you might do even better.

Let's look at that $300 a month. That's well below the current 401(k) and IRA annual contribution limits for folks under 50 -- $18,500 for a 401(k) and $5,500 for an IRA. But to expect to go from saving nothing to maxing out your retirement plan isn't all that realistic, so for now, $300 a month is a good goal to aim for with the understanding that over time, you'll try to work your way up from there. That said, if you have access to a 401(k) through work, aim to save enough in it to snag your full employer match, assuming your company offers one.

So back to those ending numbers. That top one sure looks impressive, especially when we consider that a $3,600 yearly investment over 45 years adds up to $162,000 in out-of-pocket contributions. That $1.03 million balance, therefore, translates into a gain of roughly $867,000.

And there lies the importance of not putting off retirement savings. If your current earnings don't allow you to make a dent in your nest egg, cut back on spending or get a side hustle. The beauty of a second gig is that the money you earn from it won't already be earmarked for something else, so you should have no problem saving it all. Of course, you'll need to remind yourself that the thing you're saving for is your future, as opposed to the large-screen TV you've been eyeing for weeks. If you're able to stay on track, however, your future self will be sure to thank you.