Please ensure Javascript is enabled for purposes of website accessibility
Log In Help Join The Motley Fool
Free Article Join Over 1 Million Premium Members And Get More In-Depth Stock Guidance and Research
By Maurie Backman – Nov 4, 2018 at 11:04AM

When it comes to funding your retirement, Social Security is only part of the picture. And its role in your finances might be less significant than you'd think.

It's one thing to be behind on retirement savings in your 30s or 40s, when you still have much of your career ahead of you. But if you're in your 60s without much retirement savings, the situation gets a little more dire.

Unfortunately, the median retirement savings balance among Americans in their 60s is a mere $172,000, according to data from Transamerica. That might seem like a decent chunk of cash at first glance, but when we apply a 4% annual withdrawal rate from that sum in retirement, which many experts advise starting off with, that translates into just $6,880 a year in income. Since the average American aged 65 and over spends about $46,000 a year, that's clearly a frightening gap. 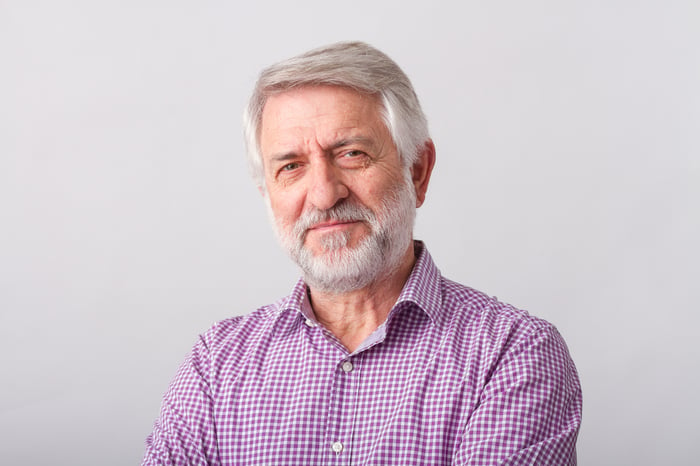 However, that $6,880 doesn't take other retirement income sources into account, and if you're like most seniors, a major one will be Social Security. But if you're thinking your benefits will be enough to compensate for your lack of savings, you'd better change your tune before you run out of time to rectify an otherwise dangerous financial situation.

Social Security will only get you so far

While Social Security will certainly play a big role in helping you pay your bills as a senior, you can't live on those benefits alone, nor can you really expect them to take the place of actual savings. Currently, the average recipient collects $1,422 per month. Next year, that figure will rise to $1,461, bringing the typical beneficiary's annual total to $17,532. But even when we add in the $6,880 from savings above, that still gives us only $24,412 -- only a little more than half of what the average senior ends up spending.

There are steps you can take to grow your Social Security benefits so that you get more money in retirement. Namely, you can hold off on taking benefits past full retirement age, thereby snagging a yearly 8% boost in the process. This means that if your full retirement age is 67, at which point you'd be entitled to $1,461 a month, filing at 70 would bring that figure up to about $1,812. Your annual Social Security income, therefore, would increase by $4,212 for a total of $21,744.

Clearly, that's an improvement over $17,532. But it still only brings your total annual income up to $28,624 when your savings withdrawal is factored in, which is well shy of the $46,000 you should probably aim for instead.

And that's why counting on Social Security to make up for your absent savings isn't a smart move. Rather, you should aim to boost your nest egg as much as possible while you still can to really make a difference in your retirement picture.

Boosting your retirement plan contributions will take some effort on your part, but it could also be the one move that salvages your golden years. Let's imagine that you're 62 years old with $172,000 to your name and that you're planning to contribute another $400 a month to your 401(k) over the next five years before retiring. If your investments generate a 5% average annual return during that time (keeping in mind that as you near retirement, you don't want to invest too aggressively), you'll have $246,000 by age 67.

That changes your financial picture quite a bit. Instead of just $6,880 per year in annual income from savings, you'll have $9,840 to work with instead. But that's still well below where you need to be.

Of course, going from a $400 monthly contribution to more than $2,000 isn't easy. But if you're willing to substantially slash expenses and make other sacrifices, you'll be thankful for it once you stop working and collecting a paycheck.

Make no mistake about it: Social Security will probably play a huge role in helping you cover your expenses in retirement. That said, you can't count on it to make up for a lack of savings, so if you're nearing your golden years and don't have much socked away, consider this your wake-up call to start doing better.