And why it might not make sense after all.

For many folks, retirement is an opportunity to pursue hobbies, travel, and enjoy spending time with family and friends. But apparently, it's also the right time to own a second home. In fact, 41% of Americans would like to own a vacation home in retirement, according to data from GOBankingRates. And while that's a neat objective to strive for in theory, it could be a risky one in practice.

The upside of owning a vacation home in retirement

There's something to be said about having a place to call your own -- even if that place is in addition to the one you live in most of the time. Owning a second home in retirement can be a source of pride and give you a sense of purpose. Remember, retirement is a tough adjustment for those who are used to clocking in 40 hours or more per week on the job, so having a vacation home to tend to might give you something meaningful to do with your time. 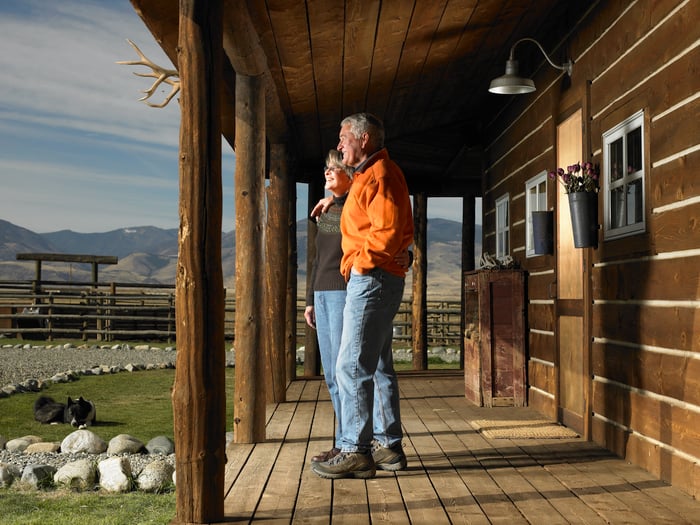 There's also the potential for that second home to serve as an investment. After all, if property values climb where you buy, you could end up with the option to sell that home for more than what you paid. Plus, that home could, in theory, serve as an income stream in retirement if you were to rent it out from time to time. And if you take out a mortgage to finance that second home, the interest on that mortgage could be deductible on your taxes, thereby saving you some money there.

Finally, owning a vacation home in an area you're planning to visit often will help reduce the amount you spend on lodging. That said, when you factor in the various expenses that come with owning property, there's a good chance you'll come out ahead financially by paying for hotels as you need them.

The downside of owning a vacation home in retirement

Owning a second home in retirement might sound appealing, but know that it can also be a huge liability, especially at a time when you might be limited to a fixed income. The average homeowner spends anywhere from 1% to 4% of his or her property's value on standard maintenance each year. This means that if you buy a vacation home worth $300,000, you can expect to sink another $3,000 to $12,000 into that property off the bat. Also, that 1% to 4% range doesn't account for big-ticket repairs that inevitably creep up, which means that if you buy a second home whose roof collapses early on, it could spell financial trouble for you.

Another thing to keep in mind is that you'll need to pay property taxes on that second home, which have a tendency to rise over time. And since the recent tax overhaul limits your state and local tax deduction (which includes property taxes) to $10,000, you may not get the option to write off those real estate taxes in their entirety or at all.

Is a second home in retirement right for you?

Clearly, there are pros and cons to owning a second home in retirement, so before taking the leap, ask yourself some key questions:

At the end of the day, there's no right or wrong answer as to whether owning a second home in retirement makes sense, so think about why it is you want that property and whether it makes sense to take on that expense.