Please ensure Javascript is enabled for purposes of website accessibility
Log In Help Join The Motley Fool
Free Article Join Over 1 Million Premium Members And Get More In-Depth Stock Guidance and Research
By Maurie Backman – Nov 18, 2018 at 5:18AM

Many working adults are used to losing a portion of their income to taxes. New retirees, on the other hand, are often shocked to find that much of their income is, in fact, subject to taxes as well. Here are a few unpleasant tax surprises that might catch you off guard in retirement if you aren't careful.

If the bulk of your retirement income comes from Social Security, then you might manage to avoid taxes on those benefits. But if you have additional income sources, and substantial ones at that, then there's a good chance you'll lose a portion of your benefits to federal taxes.

To see whether this will be the case, you'll need to figure what's known as your provisional income, which is basically your income outside of Social Security plus half of your yearly benefits. If your total lands between $25,000 and $34,000 as a single tax filer, or between $32,000 and $44,000 as a couple filing taxes jointly, then you could be taxed on up to 50% of your Social Security income. And if your provisional income is above $34,000 as a single filer or $44,000 as a joint filer, you could be taxed on up to 85% of those benefits. 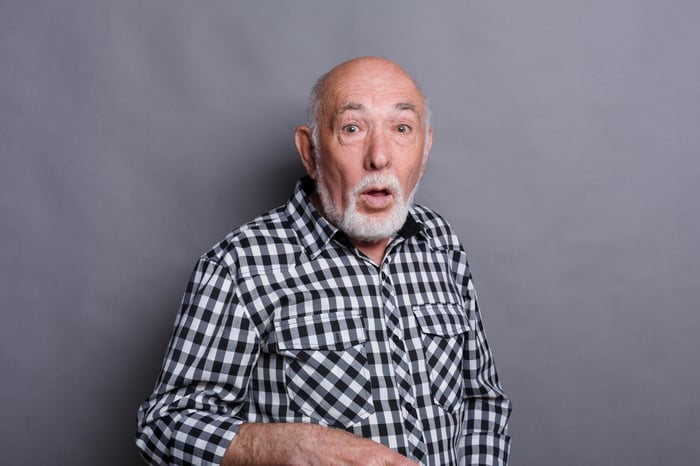 Even if you manage to avoid federal taxes on your Social Security income, your benefits might get taxed at the state level if you live in one of the following 13 states: Colorado, Connecticut, Kansas, Minnesota, Missouri, Montana, Nebraska, New Mexico, North Dakota, Rhode Island, Utah, Vermont, and West Virginia. The good news, however, is that most of these states offer some form of exemption for low to moderate earners, which means that if your income isn't too high, you might avoid state taxes on your benefits as well.

Unless you're housing your savings in a Roth IRA or 401(k), you can expect to be taxed on your retirement plan withdrawals, and the extent to which the IRS takes your money will depend on your retirement tax bracket. If you expect to be in a higher tax bracket in retirement than during your working years, it pays to consider saving in a Roth account. And if your income is too high to contribute to a Roth directly, you could instead fund a traditional account and convert it to a Roth after the fact.

Though pensions aren't as common as they once were, those who are lucky enough to retire with a pension are subject to taxes just like folks with traditional retirement savings plans. That said, you might avoid taxes on pension income if it stems from a military or disability pension.

Holding investments outside of a retirement plan like an IRA or 401(k) is a good way to buy yourself more flexibility with those assets. The downside, however, is that if you make money on those investments in retirement, you'll be subject to taxes on them each year you realize a gain, just as you would for investment gains realized during your working years.

Thankfully, you can minimize your tax burden by holding investments for at least a year and a day before selling them at a profit. By doing so, you move from the short-term capital gains category to the long-term gains category, thereby reducing the amount of tax you're liable for on those gains.

The more you educate yourself about taxes in retirement, the fewer surprises you'll run into when you're older. A whopping 70% of recent retirees admit that they entered their golden years lacking key knowledge about tax planning, according to the Nationwide Retirement Institute. If you'd rather not join their ranks, take the time to read up on tax liabilities in retirement today, or enlist the help of a tax professional or financial advisor who can guide you in this regard.