Please ensure Javascript is enabled for purposes of website accessibility
Log In Help Join The Motley Fool
Free Article Join Over 1 Million Premium Members And Get More In-Depth Stock Guidance and Research
By Maurie Backman - Nov 19, 2018 at 6:56AM

Hint: It's not a small figure.

There's no question that the holidays are expensive, and if you're not careful, you could wind up way in over your head. And while hosting parties and traveling to visit family can add to your costs, retail spending tends to eat up a huge chunk of most folks' holiday budget. In fact, the average American consumer spent $1,143 on retail purchases during the 2017 holiday season, according to data compiled by Bank of America.

Here's a look at how that spending broke down by age:

Clearly, Gen Xers were the most active on the retail front, spending about $250 more, on average, than millennials. On the flip side, younger adults were reasonably conservative with their spending, perhaps because many had only recently emerged from college, and with piles of outstanding student debt to boot.

Of course, the problem with these figures is that many U.S. adults can't afford to part with that much cash, and with the 2018 holiday season right around the corner, it's a little late to accumulate a nice chunk of savings to cover your spending if you haven't already done so. That said, there are still steps you can take to avoid debt and keep your spending to a minimum. 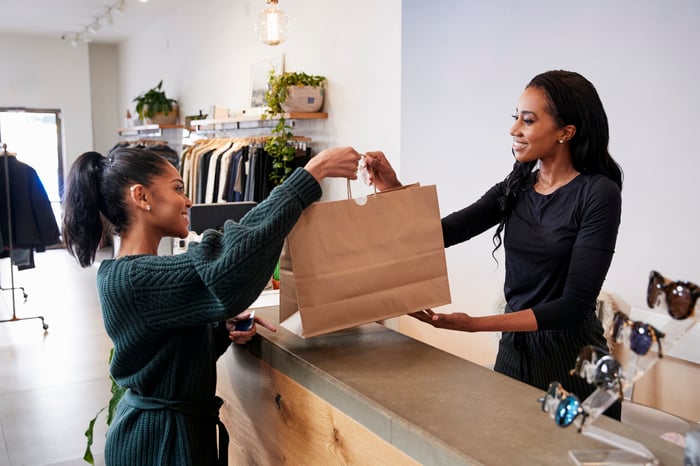 You can't skimp on a gift for your beloved nephew or your best friend who showers you with presents every December, but you can cut back on coworker gifts if money is tight. Before getting caught up in a retail frenzy, make a list of the people you need to buy gifts for and decide who's most worthy of your limited financial resources. From there, shop accordingly. Spend more on the people most important to you, and scale back on those gifts that are more of an obligation than anything else.

While you might not manage to make huge budgetary adjustments to free up more cash to spend on holiday purchases, a few smaller changes might go a long way. In the coming weeks, aim to eat out less frequently, walk or take public transportation more often instead of springing for ride shares, and consider canceling your cable plan if you expect to be busy or away for much of late November and December. These moves alone might put a few hundred dollars back in your pocket, which will help cover your retail tab.

It's easy to overspend during the holidays when there's a "sale" sign smacking you in the face everywhere you go. To avoid temptation, make a list of the things you're planning to buy each time you hit the stores and stick to it. Better yet, figure out what you need to purchase and bring just enough cash to cover those items. This way, you'll eliminate the option to spend more than planned.

4. Get a side hustle

The holidays are a busy time, so taking on a second job might seem downright absurd. But if you can squeeze in a few hours of work each week between now and the end of the year, you'll have an easier time covering your holiday expenses and avoiding debt simultaneously. And since 84% of retailers expect to need extra hands on deck this holiday season, finding some work on the side might be easier than you'd think.

Overspending during the holidays could put you in a place where you're starting off 2019 in the hole. The more mindful you are of your spending this year, the greater your chances of avoiding debt and surviving the holidays with your finances well intact.