Here's how to keep your finances -- and sanity -- in check.

Though the holidays are a joyous time, they can also be stressful, especially for folks who aren't prepared financially. Thankfully, 69% of U.S. consumers are going into the holiday season ready for the costs that lie ahead, according to a survey from Principal Financial Services, and, as such, aren't expecting much financial anxiety in the process. At the same time, 22% of consumers think they'll experience a moderate amount of stress, the survey found, while 9% are anticipating a great deal of it.

Of course, the easiest way to avoid money-related stress around the holidays is to save up for them ahead of time -- something 29% of U.S. adults have managed to do. But if that ship has sailed, here are some tips for surviving the season with your finances and sanity both intact. 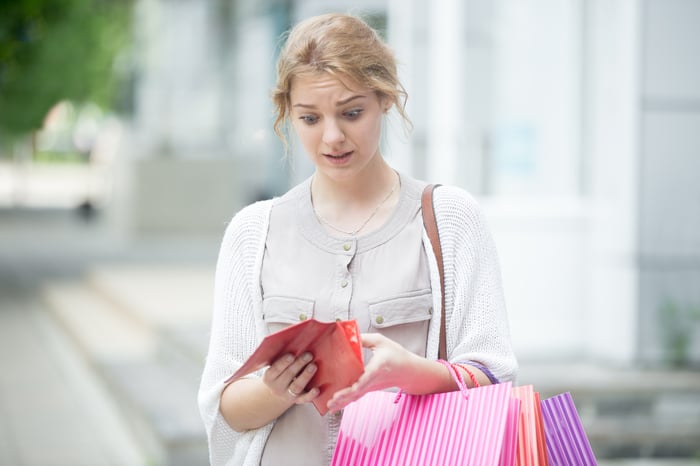 The idea of not knowing how much you'll spend on gifts can be overwhelming, so rather than let store prices dictate your ultimate tab, take control and establish that number yourself. For example, if you realize that you can only afford to spend $25 for each person you're buying gifts for, don't exceed that amount -- even if you spot several items for $35 a pop that you feel would make better presents for the people in your life. Incidentally, 54% of consumers are using a gift budget this year, according to the survey, which helps explain why most aren't stressed about shopping.

The idea of racking up holiday debt is stressful in its own right, but you can avoid that fate by shopping with cash rather than credit cards. In fact, 26% of consumers plan to pay for their purchases with cash this year, as opposed to credit or even debit cards. Once you establish your gift budget and determine what you'll be buying for each person on your list, figure out which stores carry the items you need, and only take just enough cash to cover the items in question. Doing so will effectively eliminate the temptation and ability to fall victim to impulse purchases.

It's nice to be generous during the holidays, but that doesn't mean you have to get an expensive gift for every person you know. Rather than spend more than you can comfortably afford, make a list of the people you need to buy gifts for, figure out how much money you have to work with in total, and then allocate your limited resources in order of priority. For example, if you only have $300 to spend but want to get something nice for your mom, you can put her at the top of your list, decide that you'll plunk down up to $60 on her gift, and work downward from there.

The idea of overspending during the holidays is unquestionably stressful, so don't let yourself fall into that trap. The average American racked up over $1,000 in holiday debt last year, and that's not a trend you want to be a part of. So set a gifting budget, shop only with cash, and establish priorities to best allocate your resources.

Oh, and don't sweat it if you have to scale down on gifts this year. The important people in your life will recognize that, ultimately, it's still the thought that counts.