Please ensure Javascript is enabled for purposes of website accessibility
Log In Help Join The Motley Fool
Free Article Join Over 1 Million Premium Members And Get More In-Depth Stock Guidance and Research
By Maurie Backman – Nov 25, 2018 at 9:48AM

Social Security was never designed to pay the bills in retirement by itself. But can today's younger workers really live without those benefits in the future?

Millions of seniors today rely on Social Security to pay the bills in retirement. But because the program is facing some serious financial challenges, much of today's workforce is doubtful as to whether those benefits will actually be there for them in the future. So, it might be a good idea to just forget about Social Security and do your best to save enough money to cover your total retirement tab. And if you ask millennials whether that approach makes sense, a large chunk will probably agree.

In fact, 37% of millennials think they won't need Social Security once they're ready to retire, according to data from Provision Living. The problem, however, is that many younger adults are by no means on track to cover their living expenses in the future. An estimated 43% of millennials have less than $5,000 socked away for retirement, and if they don't start doing better, they're going to wind up depending on those benefits -- whether they actually want to or not. 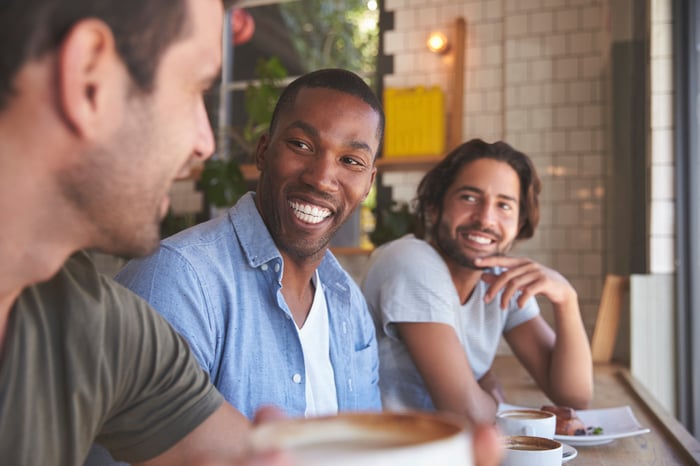 To plan for retirement without Social Security is a much wiser practice than going to the opposite extreme -- assuming it will be enough to fully cover your senior living expenses. That's because those benefits, in a best-case scenario, will only replace about 40% of your previous income if you were an average earner. Most folks, though, need more like 80% of their former earnings to keep up with their bills in retirement, which means they need substantial savings to bridge that gap.

Furthermore, because Social Security's future is uncertain, there's a chance recipients might face as much as a 21% reduction in benefits if the program's trust funds run out in 2034 as projected. If that happens, Social Security will play an even smaller role in helping retirees pay their bills. Therefore, the fact that more than one-third of millennials are planning for retirement without those benefits isn't a bad thing at all.

The trouble lies in the fact that a large number of younger workers have yet to make a dent in their nest eggs. Of course, if there's one thing millennials have in their corner, it's time. A 30-year-old today with no savings could easily amass a significant amount of wealth in time for retirement simply by setting aside a modest amount each month, investing it, and letting it grow. The key, however, is for millennials without savings to wake up and start making more of an effort, regardless of whether they want to factor Social Security into their retirement plans.

Saving money for retirement is easier said than done when life's more immediate expenses get in the way. But waiting too long to build a nest egg can result in a serious savings shortfall, and that's something you'll regret when you're older -- so if you're behind on savings, consider this your wakeup call.

Thankfully, you don't have to go crazy maxing out a 401(k) to amass enough wealth to retire comfortably (though if you're able to do so, by all means). All you need to do is save consistently going forward and invest your savings wisely.

The following table shows how much savings you might end up with if you start ramping up now:

As you can see, all is clearly not lost even if you've perhaps missed out on saving for the future during the first decade of your career. And in case you're wondering, the 7% return used in the table above is actually a couple of percentage points below the stock market's average, which means that if you load up on stocks in your retirement plan, there's a chance you'll do that well or better over time.

Disregarding Social Security and using whatever money it ends up giving you as bonus cash, so to speak, is a solid approach to retirement. But to adopt that strategy, you'll need to save enough on your own to compensate. Though those benefits won't cover your bills entirely as a senior, chances are, they'll end up helping to some degree. The extent to which you'll actually need to rely on them, however, will depend on how well you do in your savings efforts throughout your career.