Americans are accumulating more than ever before in their IRAs and 401(k)s -- but that doesn't necessarily mean they're set for their golden years.

Much of the news we read about retirement savings centers on the fact that Americans are falling short, so it's always encouraging to learn of positive movement on the savings front. In this regard, you'll be happy to know that the average 401(k) balance reached an all-time high of $106,500 this past quarter, according to Fidelity, while the average IRA balance increased to $111,000. But while these numbers are reasonably impressive, they're also not as reassuring as you might think.

How will your savings stack up in retirement?

The challenging part of assessing the aforementioned averages is that they apply to all savers across the board. But while a 32-year-old with $106,500 or $111,000 in savings might be in a strong place financially, a 58-year-old with that sort of balance is clearly in trouble. Therefore, we need to take these numbers with a grain of salt and recognize that while having more than $100,000 socked away for retirement is a great achievement for someone on the younger side, it's much less substantial for someone nearing his or her golden years. 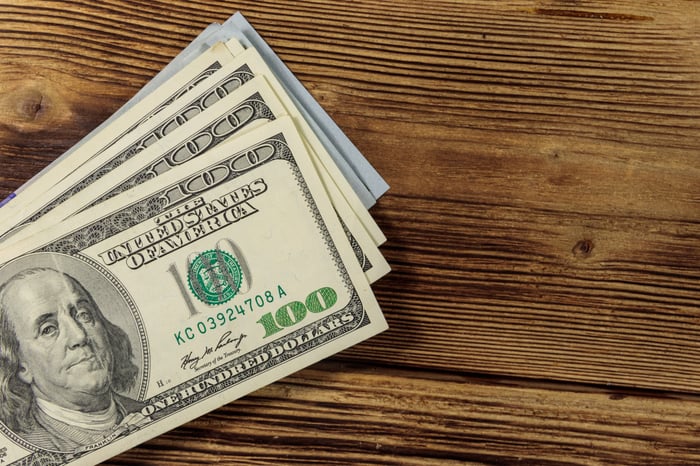 Furthermore, while $106,500 or $111,000 might seem like a decent chunk of money to retire with in theory, it's far from it in practice. That's because as a general rule, retirees are advised to withdraw roughly 4% of their savings each year in retirement to ensure that they don't deplete their nest eggs prematurely. This means that someone who retires with $106,500 will be looking at about $4,260 of annual retirement income, while someone with $111,000 will have more like $4,440. Even if we add in another $17,500 in annual Social Security benefits, which is roughly what the average recipient collects, that's still less than $22,000 a year to live on.

Fortunately, you have some options to work with. First, you can start taking advantage of catch-up contributions in your IRA or 401(k). Starting next year, if you're 50 or older, you can set aside up to $7,000 annually in the former and $25,000 in the latter. Max out an IRA at that rate for seven years, and you'll boost your nest egg by about $57,000 if your investments generate a relatively conservative 5% average annual return during that time. Meanwhile, if you max out a 401(k) under those same circumstances, you'll add more than $203,000 to your savings.

Extending your career is another option if you reach your late 50s or 60s with limited savings. The longer you work, the more opportunity you'll have to fund that IRA or 401(k). At the same time, you'll be able to leave your existing savings intact longer, thereby stretching your nest egg even further.

Finally, you might consider working part time in retirement to compensate for an income shortfall. You can do so by consulting in your former field, starting a business, or monetizing a hobby. It doesn't really matter what you do for work as long as you recognize a need to supplement your income.

The fact that retirement plan balances are climbing is most certainly a good thing. On the other hand, if you're behind based on your age, don't trick yourself into thinking things will magically turn out OK. It takes money to retire comfortably, and Social Security alone won't cut it. The sooner you recognize that, the better positioned you'll be to step up and salvage your golden years.