It's easy to see why the holidays are an expensive time of year. Between gift giving, travel, and hosting gatherings, that period between Thanksgiving and New Year's is loaded with opportunities to spend money -- perhaps more money than you can comfortably afford. In fact, 10% of Americans think they're likely to end the holiday season in debt and are willing to take on said debt to enjoy this time of year to the fullest, according to new data from GOBankingRates.

Of course, this news isn't particularly surprising, seeing as how 27% of Americans have racked up holiday debt in the past. And we're not talking a small amount, either. The average amount of debt assumed by those who previously made this mistake is $1,141. Even scarier is the fact that among adults 65 and older, that number is $2,849. Ouch. 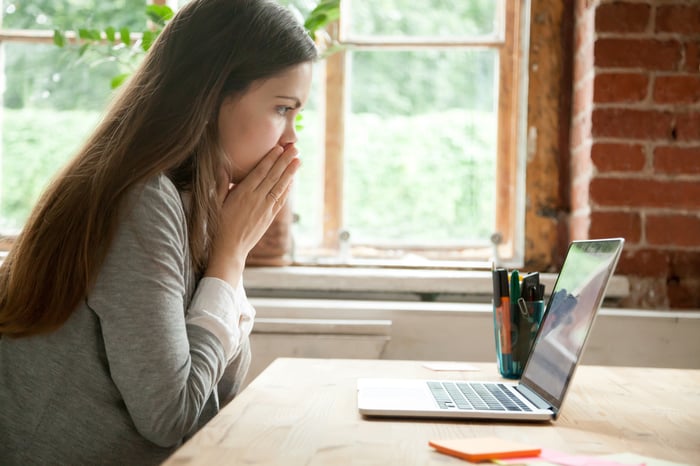 Before you get too caught up in a spending frenzy this holiday season, recognize that taking on any amount of debt can wreck your finances for many months, or even years, after the fact. First of all, when you carry debt, you automatically throw away money in the form of interest charges. But more than that, being in debt can hurt your credit, which is a problem if you're planning to apply for a mortgage, an auto loan, or even an apartment lease in the near future. Your best bet, therefore, is to avoid holiday debt at all costs. Here's how.

Just as having a general budget can help you better track your spending for regular living expenses, having a holiday budget can help you avoid going overboard. To create yours, start by figuring out how much money you can afford to spend without landing in debt. Maybe you have a small amount of savings you can access, or you expect your upcoming paycheck to provide you with a few hundred dollars to spend after your basic expenses are paid for. Either way, come up with a number and let that guide your subsequent spending.

If you determine that you have $500 to work with, for example, don't exceed that figure. You might need to scale back on gifts, put up fewer decorations, or perhaps limit yourself to attending holiday parties rather than taking on the expense of hosting them. The key is to let the amount of available cash you have dictate your spending, and then allocate that money based on what's most important to you.

2. Only shop with cash

It's especially easy to fall victim to impulse buys during the holidays, when practically every store you visit has a giant "sale" sign in its window. But making unplanned purchases is an easy way to bust your budget and end up in debt, so rather than take that risk, make a point of shopping only with cash. If you figure out what you need to buy each time you head out to a store and bring only enough cash to cover that purchase, you'll eliminate the option to overspend. And while you will lose out on credit card reward points in the process, you're better off forgoing $10 cash back here and there than ending the season $1,000 or more in the hole.

3. Get a quick side hustle

One final way to steer clear of holiday debt is to drum up a little extra cash in the coming weeks, and that's where a side hustle can come in handy. You may not want to commit to a second gig on a long-term basis, but chances are you won't have to. If you have a talent you're able to monetize, like photography or writing, see about lining up holiday photo shoots for local families or sign up to write some articles for a few blogs or websites. If there's nothing in particular you're equipped to do independently, pop into local retailers and see if they need someone at the last minute to cover some extra holiday shifts. Boosting your income ever so slightly in the coming weeks could spell the difference between managing all of your expenses and having to rack up a dreaded credit card balance.

Though holiday debt is somewhat common, you don't have to let it darken your doorstep. Stick to a budget, shop wisely, and do what you can to scrounge up extra cash. You'll be thankful you did when you close out the season debt free.