Though not everyone has access to a 401(k), if you're able to save in an employer-sponsored plan, you have a great opportunity to build a solid nest egg in time for retirement. That said, the more careful you are in managing that plan, the better it'll serve you when you're older -- and that's why you'll want to avoid the following mistakes at all costs. 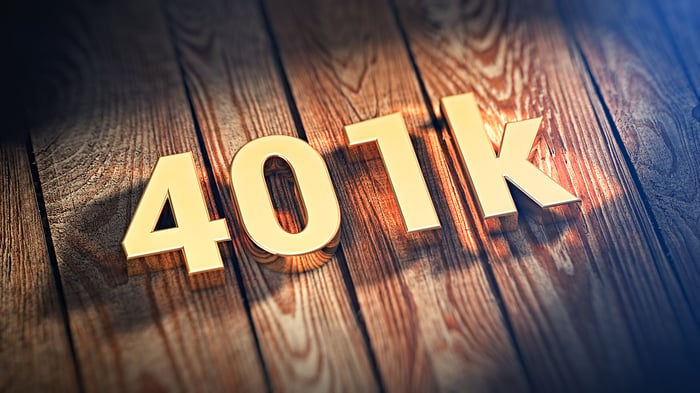 The good news, however, is that you'll lower your 2019 taxes even more by contributing a full $19,000 or $25,000, depending on your age. Because traditional 401(k)s are funded with pretax dollars, putting in an extra $500 will automatically reduce next year's IRS bill by whatever percentage constitutes your effective tax rate. For example, if your effective tax rate is 30%, that extra $500 will lower your 2019 taxes by $150.

2. Not taking advantage of catch-up contributions

As the name implies, catch-up contributions allow savers 50 and over to make up for lost time by putting more money into their retirement plans during the tail end of their working years. With an IRA, savers 50 and older get to put in an extra $1,000 on a yearly basis. With a 401(k), that catch-up is far more substantial at $6,000 a year. And if you're behind on savings, it can also spell the difference between retiring comfortably and falling short income-wise.

Imagine you're 57 years old and push yourself to make a $6,000 catch-up in your 401(k) for the next 10 years. If that money delivers a 7% average annual return on investment, those catch-ups alone will add $83,000 to your nest egg -- which is why it pays to save as much in a tax-advantaged manner as the IRS will allow you to.

3. Not snagging your full employer match

Most employers who offer 401(k) plans match employee contributions to varying degrees. But if you don't contribute enough from your own paychecks to snag that match in full, you'll essentially end up forgoing free money.

A better bet? Find out what you need to contribute to snag that match, and cut expenses as needed to free up that cash. If, for example, your employer is willing to match contributions up to 3% of salary, and you earn $50,000 a year, putting in $1,500 of your own money will give you another $1,500 for retirement, just like that. If that's the case, it absolutely makes sense to cancel cable, cut back on morning lattes, or do whatever it takes to come up with the $125 a month you need to score your match in full.

4. Not watching your investment fees

Chances are, your choices for investing your 401(k) run the gamut from actively managed mutual funds to index funds, which are passively managed. With the former, you might benefit from the insight of experienced fund managers who know the market inside and out. There's just one catch -- you're bound to lose a lot more money to fees.

Index funds, by contrast, tend to come with substantially lower fees, and by loading up on them instead of sticking to actively managed funds, you won't necessarily compromise on your investments' performance. In fact, according to a 2015 Morningstar report, between 2004 and 2014, index funds mostly outperformed actively managed mutual funds across the board. This isn't to say that actively managed funds have no place in your 401(k) at all; just pay attention to the fees you're being charged and make sure they're actually worth paying.

The more strategic you are in managing your 401(k), the more money you stand to accumulate for retirement. Avoid these mistakes next year, and you'll be happier for it during your golden years.