It boils down to two key factors.

Many people dream of early retirement, whether that means leaving their jobs in their late 40s, mid-50s, or at the very start of their 60s. And I can easily see why it's such an appealing notion. After all, once you retire, your days are yours. You can jet off to Aruba, hit the golf course, go for a hike, or decide that you're going to enjoy the day doing nothing more than staying in pajamas and watching TV. But while many people plan and save for early retirement, I'm in the opposite camp.

Early retirement doesn't appeal to me in the slightest. And it all boils down to two factors: loving my job, and not wanting to be bored.

I'd rather keep working

Many people write off the idea of early retirement because they feel they'll never be financially ready for it. Now the truth is, I have no idea what my finances will look like 20 years down the line. Right now, my family is saving aggressively for retirement, though. My husband aims to max out his 401(k), and I contribute as much as I can to a SEP IRA (as a freelancer, I can take advantage of a SEP, which comes with a much higher annual contribution limit than a traditional IRA). We're able to do so because we intentionally keep our fixed living expenses very low. We also make a point of automating our savings so we're not tempted to spend money recklessly. If we continue on this path, we might very well be in a position to retire in our late 50s or early 60s. But I don't want to. 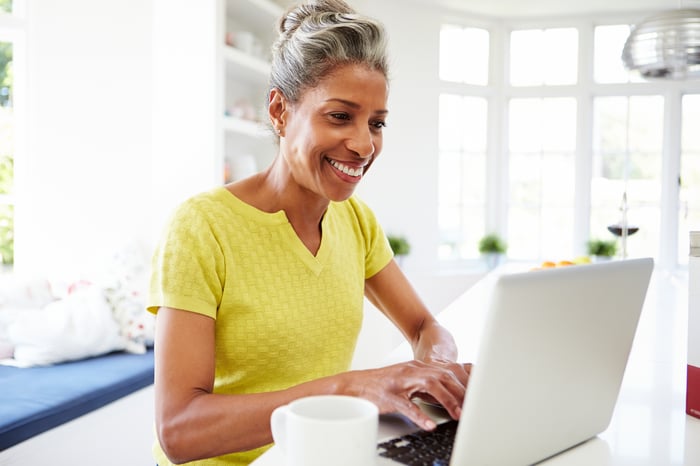 As I said earlier, the first reason I don't feel the urge to retire ahead of my peers is that unlike many people I know, I get satisfaction from my job. In my line of work, I'm constantly learning new things, reading interesting research, and interacting with smart people. And that's not something I want to give up.

Furthermore, the idea of not having a job scares me when I think about the boredom factor. Retirees are said to be 40% more likely to suffer from clinical depression than those who work, and much of that has to do with the fact that many seniors find themselves bored senseless -- especially those who don't have the money to spend on constant leisure and entertainment. I happen to think that having completely unstructured days would drive me crazy, which is why retiring early isn't something I'm looking to do.

Of course, there are plenty of people out there who aren't in the same boat. If you're a 50-something adult who hates going to work, and you have enough savings to retire and entertain yourself on a daily basis, then sure, go for it. But if you don't have the money to retire early, find something to do for a living that you don't hate, and stick with it until you're in a better place financially. We spend so much of our time working that we deserve to be happy with our jobs, or at least not hate them.

I have no idea what age I'll decide to retire at, or whether I'll even retire at all. But I do know this: If I make the decision to stop working, I won't cut ties completely. I'll still probably choose to work a few hours a day, or a few days a week, and you can be certain that I won't make any major changes until I've figured out what it is I'll be doing with my days.

As for those folks out there who are unsure whether the time is right to retire, remember that it doesn't necessarily have to be an all-or-nothing prospect. Scale back your work but carry some of it with you into retirement so you're earning money and aren't bored. That way, you'll really get the best of all worlds.