We're often told to expect our expenses to go down in retirement, and generally speaking, retirees do spend less than their nonretired counterparts. While the average working American over 40 spends $2,993 a month on discretionary expenses, the average retiree spends just $2,008, according to data from Global Atlantic Financial Group.

That said, nearly two out of five retirees are spending more money during their golden years than expected, so they risk prematurely depleting their nest eggs and struggling to keep up with expenses in the future. If you'd rather not land in a similar boat once it's your turn to retire, the solution is simple: Understand what sort of lifestyle your savings will buy you in the future, and save more before retiring if it isn't enough. 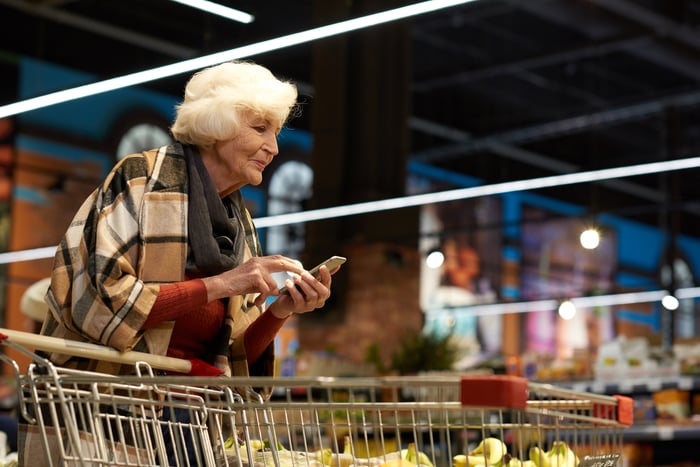 How well will your savings hold up in retirement?

As a general rule, withdrawing 4% of your nest egg's value during your first year of retirement and then adjusting subsequent withdrawals for inflation, will give your savings a good shot at lasting for 30 years. If you estimate your monthly expenses to figure out what it'll cost you to live each year and then factor in other income sources you'll have access to, like Social Security, you'll determine how much savings you need to retire comfortably.

Let's imagine you expect to spend $4,000 a month, or $48,000 a year, in retirement to live the lifestyle you want. Let's also imagine that half of that comes from Social Security. That means you'll need $24,000 a year from savings to bridge that gap. If you multiply $24,000 by 25 (as per the 4% rule just referenced), you'll see that you should aim to retire with a $600,000 nest egg. Therefore, if you're 61 years old with $300,000 to your name and you wish to retire at 67, you'll need to do one of two things: rethink your retirement lifestyle or seriously ramp up your savings game for the remainder of your career.

The good news is that with annual 401(k) contribution limits being rather high, maxing out an employer plan for a number of years offers a real opportunity to catch up. Workers 50 and over can contribute up to $25,000 a year beginning in 2019. If your goal is to retire at 67 with $600,000 and you max out at $25,000 a year for the next six years, you'll retire with that $600,000 if your investments generate an average annual 6% return during that time, which is a reasonably conservative return for a stock-heavy portfolio.

Of course, not everyone has access to a 401(k), and if that's the case and you're 50 or older, you'll be limited to just $7,000 a year in an IRA. If you start out with $300,000 in savings, maxing one out for six years at an average annual 6% return will result in just $474,000. But remember, there's no rule stating you must only save for retirement in a tax-advantaged plan like a 401(k) or IRA. If you have excess funds to set aside, you can stick them in a traditional brokerage account or even consider an annuity.

At the same time, if you're looking at retiring with a lower savings balance than you'd like, you'll need to consider resetting your expectations rather than risk depleting your cash reserves. You might opt to downsize your living space, move to a less expensive part of the country, or cut back on leisure. Or you might choose to work part time in retirement to make up for your savings shortfall. There are plenty of options to play around with, but the key is to avoid a scenario in which you're spending more than you can afford.

One final thing: The better you estimate your retirement expenses, the less likely you are to land in a situation in which you're spending more of your nest egg than you should be. As a general rule, most seniors need about 80% of their former yearly earnings to live comfortably. This means that if you're earning $60,000 a year toward the end of your career, you should expect to need $48,000 a year in retirement. Of course, unanticipated home repairs or health issues could ultimately skew that figure, but if you go into retirement expecting to need 80% of your former annual earnings and save enough to meet that target, you'll be in a pretty solid spot.