Please ensure Javascript is enabled for purposes of website accessibility
Log In Help Join The Motley Fool
Free Article Join Over 1 Million Premium Members And Get More In-Depth Stock Guidance and Research
By Maurie Backman - Dec 16, 2018 at 10:08AM

And if they don't get past their fears, they stand to lose out.

If talking salary was an easy thing to do, perhaps more workers would do it -- and boost their earnings, as a result. But the fact of the matter is that it can be uncomfortable to plead your case for a raise in front of your boss, as in doing so, you might come off as desperate, greedy, or just plain unappreciative. Still, it's imperative that you get past those reservations if you want a shot at a higher salary. And in that regard, men seem to have an easier time than women.

While 56% of men feel comfortable negotiating salary, only 38% of women feel the same, according to a recent Jobvite survey. Not only do men feel more at ease arguing for a raise, but apparently, they're more successful at it. Case in point: A good 87% of men say their negotiations resulted in higher pay, while only 80% of women say the same. 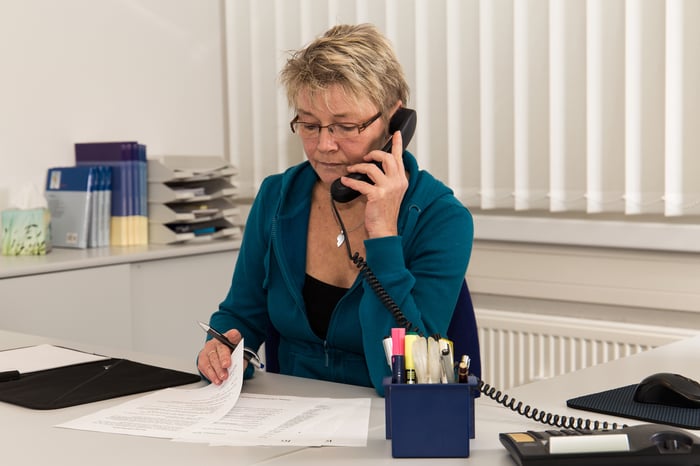 If you're not satisfied with your salary at work, it absolutely pays to sit down with your manager and make the case for more money. Here are a few tips for navigating that tricky, but necessary, discussion.

1. Go in knowing your worth

It's one thing to think you should be making more money at your job but another thing to prove to your manager, with actual data, that your salary leaves much to be desired. Before you meet with your boss to talk salary, do some research to see how your earnings compare to the average person with your job title, keeping in mind that factors like geographic location and years on the job might also come into play. If you're currently making $42,000 a year but the average salary for your role is $55,000, you can take that number to your boss and ask that your company get closer to it.

The more you're able to show your manager what a key player you are, the more motivated he or she will be to boost your pay in an effort not to lose you. Prior to your salary discussion, make a list of the ways you've uniquely contributed to your company's success. If you have hard numbers to back up your claims, even better.

For example, if the marketing campaign you led increased product sales by 15% last month, bring that up. Even if your contributions can't be measured with numbers, don't hesitate to remind your boss that you're the person who constantly logs on after hours to handle last-minute emergencies or urgent emails. Granted, some of this will, ideally, be stuff your manager already knows, but it never hurts to jog your boss's memory.

3. Keep your emotions in check

Salary negotiations can get heated, especially if midway through that conversation, your boss makes it clear that he or she isn't looking to budge. But tough as it might be to bite your tongue and stay even-tempered, do your best to avoid losing your cool. If you manage to close out that discussion in a calm, collected manner, you'll be more likely to retain your boss's respect so that the next time you bring up the topic, there might be a different outcome.

4. Have a backup plan

Ideally, your salary negotiation will go well and you'll get a sizable bump. But what if that doesn't happen?

You might encounter a situation where there's a spending freeze at your company or your boss firmly believes that your present compensation is fair. Account for this unfortunate possibility beforehand and figure out how you'll respond if you don't get the answer you want. You might, for example, ask to revisit the topic in three or six months, especially if you expect to take on more responsibility during that time. Or you can try negotiating for other benefits, like additional paid time off in lieu of a salary increase. The key is to go in prepared so that you don't leave that conversation having accomplished nothing.

Negotiating a raise often means stepping outside your comfort zone. But if you're unhappy with your salary, you'll need to schedule that discussion nonetheless. Otherwise, you could lose out on money you deserve.