Put your resolutions to the test by getting this done without delay.

People like to procrastinate, and one of the easiest things to put off is saving for retirement. However, the sooner you get moving toward securing your financial future, the better the chance will be that you'll end up having the retirement of your dreams -- and the sooner you might be able to retire.

New Year's is a common time to resolve to make improvements to your personal, professional, and financial lives, and there are plenty of goals vying for top priority as the calendar turns. However, just as I've been telling people for a decade now, opening an IRA is the simplest yet most effective way to get on the path toward a wealthier retirement. 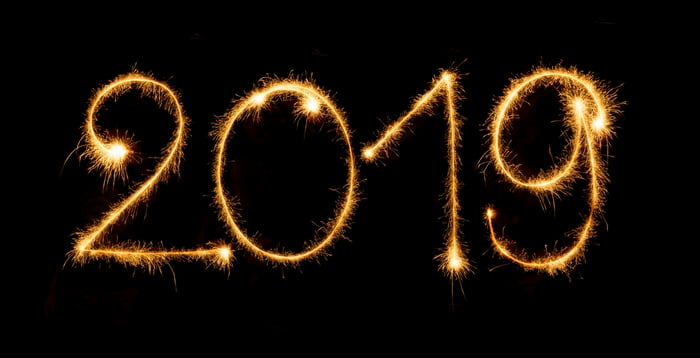 Why IRAs are so useful

You'll find many reasons why IRAs are the best way to save for retirement:

Things to watch out for with IRAs

That's not to say that IRAs are perfect. One limitation involves having limited access to your money before reaching near-retirement age. If you try to take money out of a traditional IRA before you reach age 59 1/2, you'll typically have to pay a 10% penalty on top of having to treat the withdrawn amount as taxable income on your tax return. There are limited exceptions to the 10% penalty rule, but it's still important to treat your retirement savings as a long-term investment rather than a piggy bank to raid.

Also, there are income limits that apply to IRAs. For Roth IRAs, if your income is above certain limits, then no Roth contribution is allowed. Traditional IRA contributions are always available, but under certain circumstances, you won't be allowed to deduct the total amount of your contributions.

Finally, one relatively new issue to watch came up as a result of tax reform in late 2017. Under old law, you were allowed to convert existing traditional IRA or 401(k) accounts into Roth IRAs. Doing so required taking the amount of the conversion as taxable income in the current year, but thereafter, you'd be given the same tax-free growth that any Roth IRA offers. One big advantage of Roth conversions was that they allowed you to get a do-over if things didn't go well. By recharacterizing the conversion, you could undo it by putting the money back in the traditional IRA, with no tax consequences. However, tax reform took away recharacterizations for Roth conversions.

Some people worried that the elimination would also stop people from recharacterizing initial Roth IRA contributions. That caused worries, because if that were the case, you could end up getting in trouble if you contributed to a Roth only later to find that your income for the year would be too high to allow a contribution. Fortunately, tax reform left in place the ability to recharacterize contributions -- only taking it away for conversions.

If you want to save for retirement successfully, there's no better day than today to get moving. By making your 2019 IRA contribution at the first possible opportunity -- or by catching up with a 2018 tax year contribution -- you'll overcome procrastination and set the stage for a more prosperous financial future for yourself and your loved ones.