Make the right choices, and you might manage to buy sooner than expected.

Many Americans dream of becoming homeowners, and millennials are no exception. A good 63% of younger adults say they dream of buying property, according to data from SeniorLiving.org. The problem, however, is that limited wages and mountains of student debt are currently holding many of them back.

If you have homeownership in your sights, there are steps you can take to get there sooner rather than later. Here's how to overcome some of the financial obstacles to homeownership and achieve your goal.

It takes money to become a homeowner. You'll need your down payment, closing costs, and moving expenses covered, not to mention the ability to tackle initial maintenance items and repairs. And when most of your paycheck is already earmarked for existing expenses, it can be hard to eke out cash to save for those things. 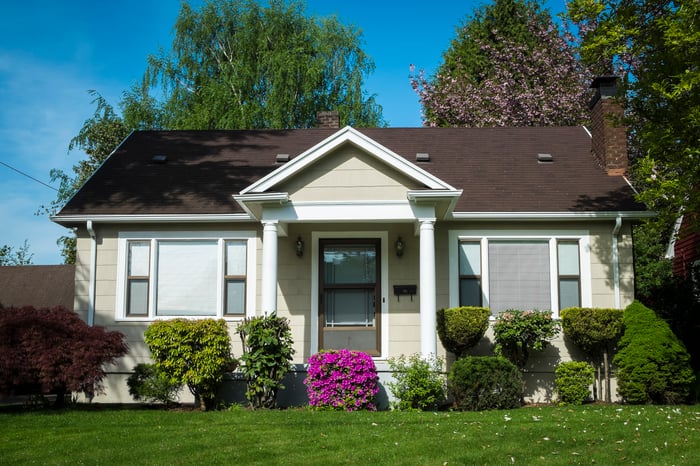 That said, if you establish homeownership as a key priority for yourself and make a point of saving for that goal before spending your money, you're more likely to make it happen. To that end, arrange for a portion of each paycheck you receive to land in a savings account automatically before you get a chance to spend it. That's pretty much a guaranteed way to build savings, provided you pledge not to dip into that account for purposes aside from buying property.

2. Keep non-essential spending to a minimum

Americans spend an average of $5,339 a year on non-essentials such as restaurant meals, coffee, and rideshares, according to GOBankingRates. Cutting back on small but costly luxuries could put you in a better position to buy a home sooner. The best way to see how much money you're throwing away on an ongoing basis is to set up a budget and track your expenses. From there, figure out how much savings it'll take to get you to your goal in the timeframe you're aiming for, and start slashing those indulgences accordingly.

Millions of Americans work a second job for many reasons, whether it's to pay down debt, sock away funds for a vacation, or save for retirement. If you want to reach homeowner status quickly, a side hustle could be your ticket. And that additional gig doesn't have to be a painful one -- you can turn a hobby into a money-making opportunity, whether it's photography, writing, or graphic design.

Many people delay homeownership because the properties they'd ideally like to buy are out of their price range. If you're having a hard time finding an affordable home, and you've been looking for a while, it could be time to reset your expectations. Maybe you're just not in a position to afford a 12-room mini mansion with an oversized kitchen and updated bathrooms, but that doesn't mean you can't swing a smaller home and upgrade later in life once you're more established earnings-wise. The fact of the matter is that there are several tax benefits you'll be privy to as a homeowner, so the sooner you make that leap, the sooner you can take advantage of them -- and the sooner you'll get to stop throwing your money away on rent.

Homeownership isn't an easy goal to achieve, but it is doable if you put your mind to it. Just be sure to go in with plenty of emergency savings -- because while homeownership can be a rewarding experience, it can also be expensive on an ongoing basis.