Buying a home is a major financial milestone, but if it's one you're not ready for, you're better off waiting on it. Unfortunately, countless owners jump to buy property without understanding the costs involved in maintaining their homes, and, as such, end up in trouble when things inevitably start to break down.

If you're thinking of buying a home, make sure you have the funds for not just a down payment, but also the eventual upkeep you're bound to encounter. Otherwise, you may come to regret your decision altogether. 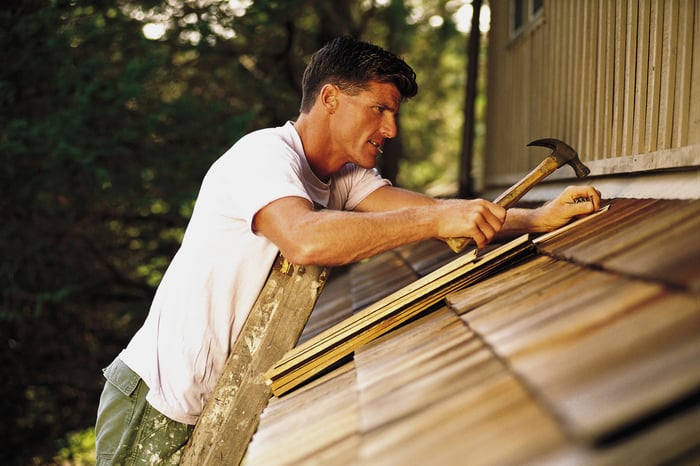 Are you financially prepared to buy a home?

There's no single savings number that guarantees that you won't hit a financial snag when buying a home. That's because owning property comes with many costly unknowns, and if you catch a series of bad breaks, your finances could take a major hit.

Before you buy, you should make certain that in addition to your down payment and closing costs, you have a fully loaded emergency fund with six months' worth of living expenses. This way, if an unplanned repair does creep up on you right away, you'll have the money to pay for it without having to rack up costly credit card debt. At the same time, you won't have to put off that work indefinitely, thereby running the risk that the situation worsens over time.

Incidentally, most current homeowners aren't financially prepared for a property-related emergency. In the aforementioned study, 59% of homeowners admitted to not having enough money to cover a $5,000 home repair. But according to HomeAdvisor, major repairs can cost significantly more. Case in point: Replacing a central air conditioner can cost up to $10,000, while a new roof can run more than $12,000. Ouch.

Another thing to keep in mind about home repairs is that often, putting them off isn't an option. Sure, you can wait to replace an inefficient water heater and suffer through lukewarm showers until it's fixed, but when your roof fails or your furnace blows, waiting three months to save up the money for a repair really isn't an option. And there lies the importance of going into homeownership with adequate savings, even if that means holding off on buying until you're more financially stable.

As stated above, a strong emergency fund is one with enough money to cover about six months of living costs. If you own a home and are missing that emergency fund, you'll need to work on building one right away so that with any luck, you'll be prepared the next time an unplanned repair sneaks up on you.

You can start by reviewing your budget and cutting non-essential costs. Canceling cable and giving up your gym membership might mean missing out on a few luxuries you've come to enjoy, but if that frees up $250 a month to put in savings, you'll be that much closer to your goal.

Finally, consider selling some items you have lying around but no longer need. If you unload some unused electronics and pocket $100, that's better than nothing.

One more thing: While home repairs are often unpredictable, you can do your part to minimize them by keeping up with regular maintenance. A little time and, yes, money spent throughout the year could help you avoid a major catastrophe that would otherwise throw your finances for a major loop.