Hint: It's something everybody should do.

When the government shut down in late December, many of us wouldn't have imagined that we'd still be in shutdown mode as of mid-January. But as of this writing, the shutdown has been holding steady for roughly 24 days, and an estimated 800,000 furloughed federal employees have been suffering because of it.

Many workers who haven't seen a paycheck in weeks have been resorting to drastic measures to stay afloat, ranging from setting up online fundraisers to tapping their retirement plans early for cash to cover their bills. Others are falling behind on their immediate expenses and racking up loads of unhealthy credit card debt as a result.

Either way, you've got to feel for the many thousands of workers who are struggling financially through no fault of their own. And the worst part? The hardships so many folks are experiencing could've been somewhat mitigated with one simple move: having an emergency fund. 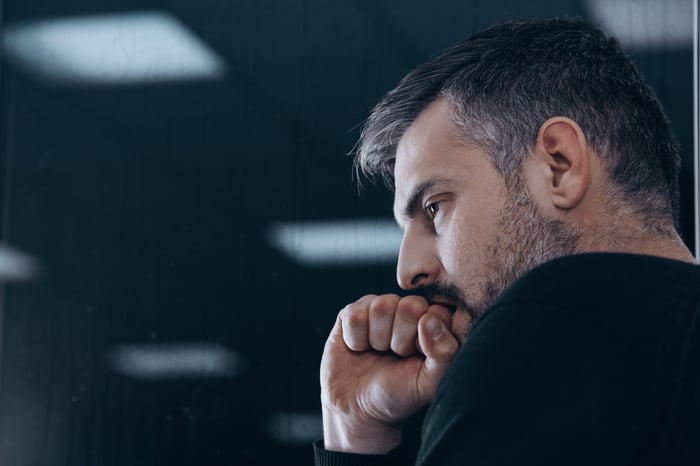 The importance of emergency savings

There's a reason we're all told to amass three to six months' worth of living expenses in the bank. You never know when life might throw a financial curveball your way, whether it's an unplanned medical bill, a home repair, or a car that refuses to start out of nowhere. And the best way to protect yourself in the face of a financial emergency is to have money in the bank.

Of course, any amount of emergency savings is better than having no money available at all. But the reason we're supposed to accumulate enough cash to pay for at least three months of bills is that our emergency funds should, ideally, suffice in getting us through a period of unemployment.

Of course, the shutdown is hardly that -- many folks are, in fact, going to work, albeit without getting any money in return. And once the shutdown ceases to be, many will be eligible for back pay for the period during which they worked without receiving a paycheck. But the promise of reimbursed wages isn't particularly helpful to folks whose mortgages or rent payments are due, say, today. On the other hand, a healthy level of emergency savings would no doubt be coming in pretty handy right now for those workers who are lying awake at night wondering how on Earth they're going to pay their bills.

Now let's be clear: The purpose here isn't to point a finger at those government workers who don't have near-terms savings and are therefore struggling financially at present. Clearly, these folks are the victims in a situation outside their control. The takeaway, however, is that having emergency savings would've helped many thousands of workers fare better in the face of the ongoing shutdown. Similarly, having emergency savings will help you avoid damaging your finances in the face of any unanticipated hiccup, whether it relates to your job, your health, or your property.

If you're nowhere close to having three to six months' worth of living expenses stashed away in the bank, start cutting back on your spending to build some cash reserves. You can also get a side job to drum up extra cash, or sell things you no longer need to pad your savings. The key is to boost your bank account sooner rather than later -- because while the current shutdown might not be impacting you directly, you never know when an event outside of your control might turn your financial world upside down.