Hospitals are now required to disclose their prices to the public. But most patients are still in the dark anyway.

Of life's many expenses, there's perhaps none more baffling and frustrating than healthcare. After all, when a car breaks down, your mechanic must provide you with a detailed estimate of what it will cost to fix it, including replacement parts and labor. Medical care doesn't work that way. Often, you'll submit a copay and be on your way, only to receive a flurry of bills later on for services not initially specified or covered by your insurance plan.

A new rule, however, is designed to change much of that. Effective Jan. 1, hospitals are now required to list prices for all of their services, thereby giving patients a clearer notion of what to expect. But while it's a good idea in theory, so far, the rule is only adding to consumers' confusion without in any way alleviating the cost burden for patients. 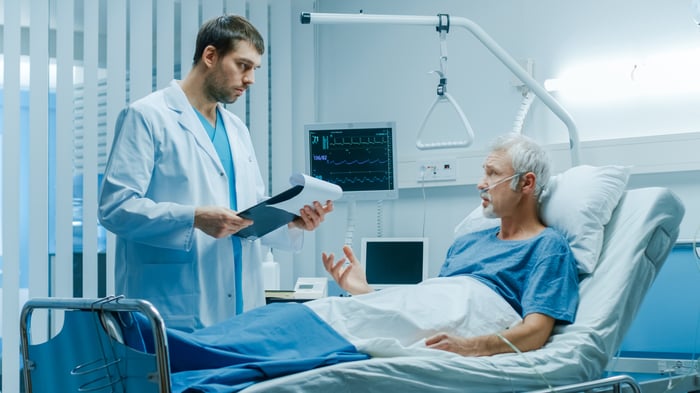 The logic behind forcing hospitals to post prices is to empower patients to make decisions about their medical treatment. After all, if a given patient needs a procedure that costs $3,000 less at one hospital versus another, he or she could, in theory, opt for the lower-priced alternative.

The problem, however, is that the information most hospitals have been providing is perplexing, inconsistent, and not easily digestible for the average consumer. For example, hospitals will often post prices for individual components of a service or treatment rather than specify what patients' total costs will look like. As such, it can be just as difficult as ever for patients to comparison shop or get a handle on what they're in for financially.

Furthermore, the prices hospitals are now required to put out there aren't necessarily indicative of what patients actually pay for services. For example, it's not uncommon for hospitals to negotiate different rates with different insurance companies so that what one patient might end up on the hook for will vary from what another is charged.

All told, publicizing hospital pricing is likely to do very little in the grand scheme of making healthcare more affordable. The best way to keep your medical costs reasonable, therefore, is to understand your health benefits and be your own advocate.

Take control of your health -- and the cost of maintaining it

A 2017 study found that an alarming 48% of Americans don't really understand their health benefits. If you're part of that percentage, you risk making poor decisions that leave you with medical bills that cost more than necessary.

For example, sometimes, getting a referral or preauthorization is all it takes to turn a whopping medical expense into one your insurance company will cover. Similarly, sticking to in-network providers, both in office and hospital settings, can help keep your out-of-pocket costs way down.

In addition, addressing health issues early on can often make them much less costly to manage in the long run. As a simple example, a relentless cough that's treated with antibiotics becomes less expensive when it doesn't evolve into full-blown pneumonia. In other words, see your doctor or head to an urgent care clinic when something doesn't seem right. It could spare you a much more expensive hospital visit.

Finally, be sure to always have some savings on hand for when your healthcare bills inevitably cost you more than you've budgeted for. Medical debt is the No. 1 source of personal bankruptcy filings in the country, but if you're able to stay on top of your bills from the start, you'll be less likely to succumb to that fate.

Forcing hospitals to be more transparent about pricing is a good concept in theory, but in practice, it absolutely falls short. If you really want to save money on medical expenses, understand your benefits, take care of your health, and avoid racking up interest charges on unpaid medical debts by having a little money in the bank to pay for them up front. It's a far better bet than spinning your wheels in a desperate attempt to decode a pricing system that was never meant to be user-friendly in the slightest.