Worried that your retirement funds will run out? A Roth IRA can ride to the rescue.

Roth IRAs can help combat one of retirees' biggest fears: running out of money. Among folks who are currently retired, 37% cite outliving their savings and investments as one of their top fears, according to a recent Transamerica Center for Retirement Studies report. 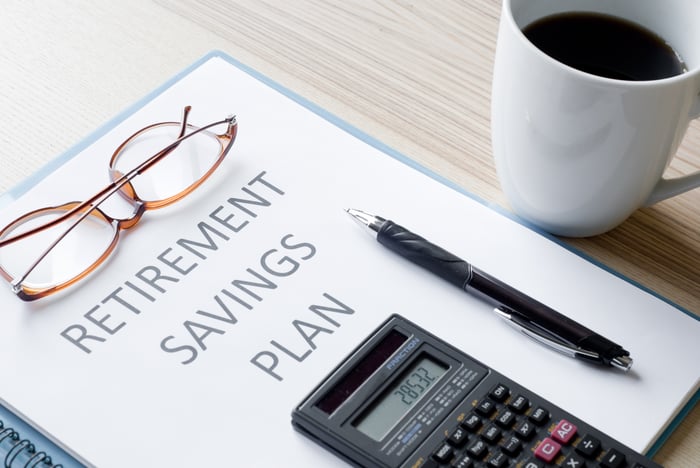 It's not just people who are already retired who are troubled, either: 55% of Baby Boomers (born between 1946 and 1964) and 57% of respondents who are part of Generation X (born between 1965 and 1978) also count running out of money as a major retirement fear, according to an earlier Transamerica Center for Retirement Studies survey.

Spending sleepless nights worrying that your retirement savings are going to dwindle to $0 is no fun, no matter what age you are. But there is one retirement vehicle poised to ride to the rescue: The Roth Individual Retirement Account (IRA). Let's explore how this savings vehicle can help retirees save, plan and sleep at night.

IRAs come in two types: traditional and Roth. With a traditional IRA, investors have to start taking annual required minimum distributions (RMDs) when they reach age 70 ½. But a Roth IRA does not have these mandatory RMDs, so you can let your savings sit as long as you want, enjoying compounding growth. The fact that the money doesn't have to come out of your account at a particular time can help retirees manage stress about running out of money.

A Roth IRA confers other advantages to your long-term retirement savings health. First, the money can continue to appreciate until you decide to withdraw it. Second, taking an RMD from a traditional IRA can knock you into a higher tax bracket or place your earnings over the limit at which Social Security benefits become taxable. These problems can be of particular concern to people who are continuing to work as a senior citizen. But since a Roth IRA does not have RMDs, those concerns are alleviated.

2. A Roth IRA is tax-free when you withdraw money from it

A major benefit of Roth IRAs is that withdrawals are tax-free whenever you take them, because they are not tax-deductible in the year you make them. The purpose of the Roth IRA is to incentivize saving for the future, rather than saving on tax immediately by deducting the contribution amount from your taxable income during the year you set it aside.

This is a big contrast to a traditional IRA, where money you withdraw is taxed. Contributions to traditional IRAs are tax-deductible, meaning you can deduct the amount from your income for the tax year in which you contribute, which saves you in overall taxes and can even bump you into a lower tax bracket for that year. But traditional IRA withdrawals are taxed as ordinary income when the time for RMDs rolls around.

You can contribute up to $6,000 to a Roth IRA this year, as long as you meet the income requirements. If you're an eligible saver who is 50 or older, the maximum contribution rises to $7,000 thanks to an added benefit called catch-up contributions.

3. Roth IRAs allow you to plan for retirement expenses

Roth IRAs don't just offer financial advantages. They enhance your ability to plan for precisely the kinds of old age contingencies that people who worry about outliving their savings fret about.

Nearly all retirees will experience a financial emergency at some point. Retirement is long and you are getting older, so it's natural for healthcare expenses to become higher than you have been accustomed to in your earlier years. Not all health costs will be covered by Medicare, either. As valuable as Medicare coverage is to retirees, it won't pay for exigencies like long-term care, should you end up needing it. Older folks may want to consider keeping a Roth IRA in reserve for a potential medical emergency, especially if they are concerned about draining their savings when they run into some exorbitant and unexpected costs.

Another thing to plan for is aging itself. Of the respondents in the Transamerica Center for Retirement Studies survey, more than half of current retirees said they couldn't plan the age they would live to -- but among those who were able to estimate their personal life expectancy, the median age they think they will live to is 90. Life expectancy in the U.S. has been rising, on average, since at least the 1980s. Because a Roth IRA can be set aside indefinitely, it can provide a safety net for those later, and often more expensive, stages of retirement.

And speaking of later stages of retirement: You can keep contributing to a Roth IRA while you're retired! If you continue to work in the earlier years of retirement, you can make Roth IRA contributions to shore up your finances for your later years, when you'll be fully retired from the workforce.

Finally, Roth IRA funds can be passed on to your heirs tax-free. If you plan to leave your leftover money to your family, like children or grandchildren, they won't be taxed on the amount if it comes from a Roth IRA.