Consider this your wakeup call.

Many of us are procrastinators by nature, especially when it comes to financial matters. For example, it's not uncommon to wait until the last minute to file a tax return, or pay bills within hours of being slapped with a late fee. But here are a few money moves Americans tend to delay -- and why you shouldn't put them off any longer.

We're told we're supposed to have at least three months' worth of living expenses in savings for emergencies, yet 40% of Americans don't have the money to cover a mere $400 unplanned expense -- and that means they're nowhere close to what their ideal savings target should be. Without an emergency fund, however, you risk racking up costly debt the moment your paycheck disappears or you encounter a surprise bill your regular earnings can't cover. 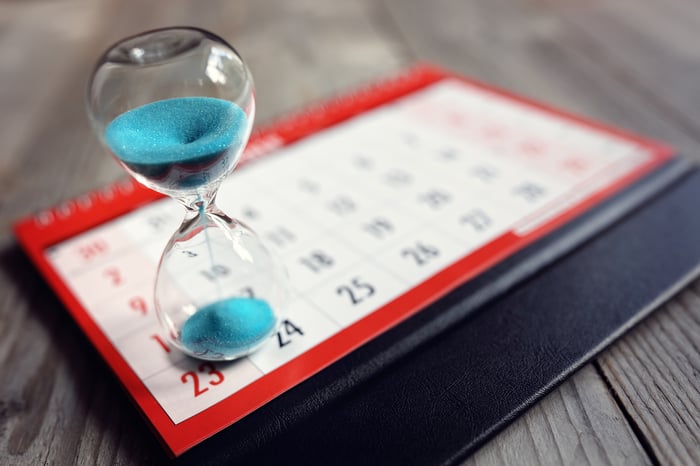 Just look at the recent government shutdown. Hundreds of thousands of workers were forced to go for weeks without pay, and during that time, the internet was abuzz with stories about people falling behind on their mortgages, missing bills, and getting desperate around to set up crowdfunding campaigns to put food on the table. Had many of those workers had emergency savings, they would've fared much better during that 35-day period.

Now you might chalk that up to an extreme situation, but the reality is that financial emergencies can happen to any of us at any time, and the longer you go without savings, the more you put yourself at risk. Rather than do that, cut expenses in your budget to free up cash, and stick it directly into the bank. You might also consider getting a temporary side job to boost your cash reserves, especially if you're starting with absolutely nothing.

If you have people who depend on you financially, or who might suffer financially in the event of your passing, then you absolutely need life insurance -- even if you're not a particularly high earner and you don't have children. You might, for example, have a spouse or sibling who counts you for money, and without a life insurance policy, you risk leaving that important person in the lurch.

A surprising 41% of Americans don't have life insurance, according to Foresters Financial™, and a big reason likely boils down to the cost. The good news, however, is that life insurance doesn't have to cost a fortune. One way to keep the price of your premiums down is to apply at a relatively young age, and at a time when you're in optimal health. Choosing term life insurance over permanent life insurance can also help keep those premiums affordable -- though keep in mind that there are benefits to paying more for permanent insurance, such as the fact that you'll be covered for life, as opposed to limiting your coverage to a preset term.

Finally, remember that you don't need to buy the most generous policy out there. A policy that pays your heirs a $1 million death benefit will cost more than one that pays out $200,000, so think about your basic needs and aim to have them covered.

As of 2017, an estimated 58% of Americans didn't have a will in place. But without a will, you'll have no say in how your assets are disbursed after you pass away. And if you have dependents who are minors, you won't have a means of appointing an official guardian to care for them when you're not around to. That's why you absolutely need to get moving on that crucial document -- even if you're far from rich and don't have much wealth to leave behind.

Thankfully, creating a will is hardly a cumbersome or expensive prospect. There's even software you can use to draw up that document yourself. A better bet, however, is to work with an estate-planning attorney. Unless your financial situation is complicated, you might pay just a few hundred dollars for that service.

Even if you're a procrastinator by nature, the aforementioned items are ones you shouldn't delay. You never know when a financial emergency or tragedy might strike, but by crossing these three things off your list, you'll buy yourself the peace of mind you deserve.