They're often a necessary evil -- and they're hurting Americans of all ages.

When you think of Americans who are saddled with student debt, it's easy to picture recent grads with entry-level jobs whose salaries make it difficult to keep up with those loan payments. But it's not just younger workers who struggle with student debt. These days, a growing number of U.S. adults are carrying that debt with them into middle age. In fact, more student debt is currently held by Americans 35 and older than by adults under 35, according to the U.S. Department of Education.

The problem with carrying student debt in your mid-30s or beyond, however, is that in doing so, you risk falling behind on other important goals. Take retirement, for example. It's hard to diligently fund an IRA or 401(k) when you're forking over several hundred dollars a month to pay off the degree you obtained 20 years ago. And it's difficult to sock money away for your own kids' college when you haven't even paid off your own education yet. 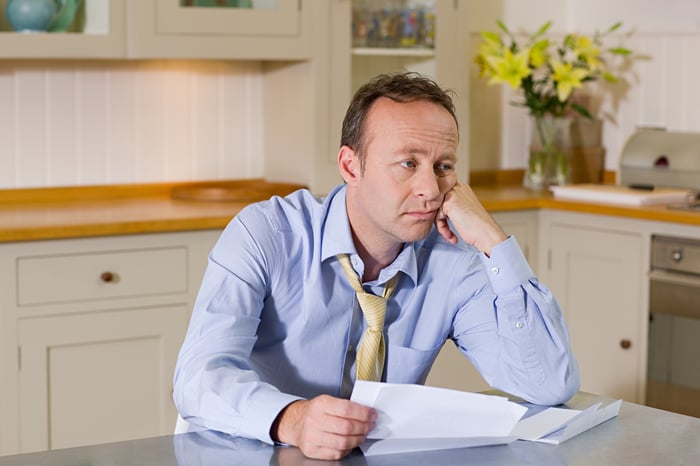 If you're still grappling with student debt many years after having graduated college, the sooner you rid yourself of it, the sooner you can move forward and focus on other key financial milestones. Here are some steps you might take to shed those loans sooner.

If you took out federal loans for college, then chances are, you borrowed money at a pretty reasonable rate. If you took out private loans, however, then you might be paying an exorbitant amount of interest month after month, since private loans aren't capped and regulated in the interest department the way federal loans are. If you borrowed privately, it pays to look into refinancing your student loans, especially if your credit is strong. Refinancing basically means swapping your existing loans for a new one, but if your new loan comes at a lower interest rate, you'll throw away less money in the process of paying it off. And if you use some of that savings to pay into your loan's principal, you'll knock it out sooner.

It's hard to chip away at your debt when you're barely covering your monthly payments and the rest of your income is eaten up by other major expenses. That's why if you're serious about getting out of debt, it pays to land yourself a side hustle. The beauty of getting a second gig is that your earnings from it won't be earmarked for existing bills. As such, you can take the proceeds from your side hustle and use them to pay down your debt sooner. And if you're wondering what sort of work you might do on the side, the possibilities are truly endless. If you love your primary job, you can look into consulting in that field part-time. Otherwise, think about the hobbies you enjoy and which ones are easiest to monetize.

3. Ask your employer for help

These days, a growing number of companies are providing student debt assistance as part of their workplace benefits package. If your employer doesn't offer such a program at present, it pays to make the case for it. Getting money toward your loans will help you knock them out quicker. The only catch is that your company might ask for an employment commitment in exchange for its generosity – meaning, you might be required to stay on board for a certain number of years or otherwise pay back the money you were given toward your debt. But that's a reasonable request when you think about it.

Unfortunately, young Americans aren't the only ones plagued by student debt these days. If you're at risk of carrying your loans into middle age or beyond, take steps to get ahead of them -- before they ruin your chances of meeting many financial goals in your lifetime.