Don't bank on these -- you'll only wind up disappointed.

Saving money is no easy feat, especially when life's bills and temptations get in the way. But without savings, you risk racking up debt the next time an emergency strikes, or falling short on retirement income and struggling during your golden years. Now if you comb the internet for money-saving advice, you'll see that there's plenty of it out there. But here are a few tips you definitely shouldn't rely on.

Those apps that round up your change and send it into savings? They'll only get you so far in meeting whatever financial goals you set for yourself. Much of the time, you're talking about $0.20 here, or $0.30 there, a few times a day, which means that all told, you might be looking at something in the ballpark of $10 a week.

Now let's be clear: Saving $10 a week is better than nothing, and banking your change for treats like date nights or new clothing is totally fine. But if you're talking about important things like building an emergency fund or a nest egg, you can't rely on a few cents here and there to get you very far. 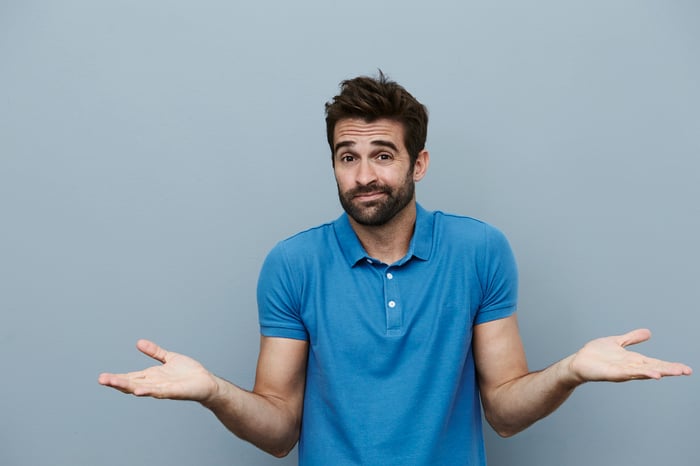 Buying groceries in bulk only makes sense under limited circumstances -- ones that don't apply to the average shopper. Though you will pay less on a per unit or pound basis when you purchase food in bulk, unless you're positive it's an item you'll consume before its expiration, you're running the risk that it'll go bad before you get a chance to eat it. Even shelf-stable products don't last forever, and the last thing you want to do is invest $15 in a giant tub of cheese curls, only to throw half of it away when it starts tasting stale. You're better off paying $10 for half that amount and replenishing your supply as needed.

You'll often hear that it's best to hit the stores during sale periods, when items are universally marked down. The problem in doing so, however, is that you might then get tempted to buy other items you don't really need because they're being offered at a lower price than usual. Unless you happen to have great self-control (which, let's face it, most people don't), you're better off avoiding sales and instead pricing out the specific items on your shopping list and waiting for their costs to drop.

Toughing it out and avoiding the doctor is a great way to save yourself some money on copays. The problem, however, is that unless the issue at hand is truly minor and self-resolving by nature, a lack of medical intervention might cause the problem to get worse, thereby putting you at risk for more extensive treatment and more expensive bills. A better idea? Set money aside in your budget for medical care, and treat yourself to it when you're clearly unwell.

5. Cutting out your daily latte

You'll often hear that if you were to eliminate your daily latte, you'd save enough money to retire comfortably. Unfortunately, that's pretty unlikely. Even if that latte costs you $5 a day, and you get one 365 days a year, that's still only $1,825 in annual savings. Invested over 30 years at an average annual 7% return (a reasonable assumption for a lengthy savings window and stock-heavy portfolio), that'll only leave you with about $172,000 -- not nothing, but hardly enough to maintain the retirement lifestyle you probably want. In fact, if you were to withdraw from a $172,000 nest egg at a rate of 4% per year, which financial experts have long recommended, you're only looking at about $6,900 of annual income -- hardly enough to write home about.

A better approach to saving money

If you really want to save money, your best bet is to live below your means and consistently bank the difference. If you can swing a $2,000 monthly mortgage payment, buy a home that'll cost you $1,000 instead. Rather than buy the fancy car with the $400-a-month payment, get one with a payment of just $275. Keeping your living expenses as low as possible will do a much better job of freeing up cash to save than any of the above tactics.

At the same time, and just as importantly, get into the habit of paying yourself first. If you need to build an emergency fund, arrange to have money from each paycheck land in a savings account. If you're focusing on retirement, allocate a portion of each paycheck to your employer's 401(k). Sending money directly into savings before you get a chance to spend it is a great way to boost your cash reserves and avoid falling short on your goals.