Hint: It's all about being financially responsible.

Each year, the majority of people who file taxes wind up with a refund on their hands. Now to be clear, a tax refund isn't found money, or free money. Rather, it represents income you should've received up front when you earned it, but instead let the government sit on for months after the fact. As such, getting a large refund isn't exactly something to celebrate.

Many people, however, are excited to get large refunds, since that "bonus cash" mentality is hard to shake. As such, they're often tempted to spend that money on luxuries rather than use it responsibly. It's encouraging, therefore, to see that last year, many filers were smart with their refunds. These are the top three things recipients did with that cash, according to TD Ameritrade. 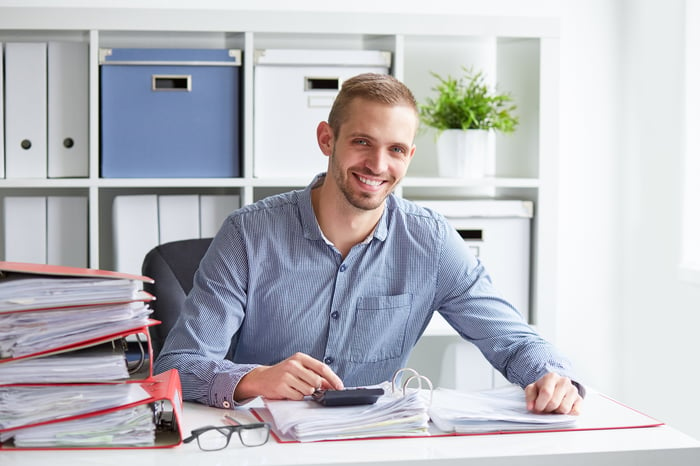 1. Put the money in savings

A good 34% of refund recipients used that cash to pad their savings in 2018. Seeing as how an estimated 40% of Americans don't have enough money on hand to cover a $400 emergency, that's a wise move.

Ideally, your emergency fund should contain enough money to pay for three to six months of essential living expenses. This way, you won't be forced into debt if you lose your job, land in the hospital, or encounter any other type of unplanned bill that catches you off guard.

If you already have an emergency fund in place, there are other types of savings you might focus on. You could, for example, contribute that money to your IRA or 401(k) for retirement, or you could sock it away to meet another goal, whether it's buying a home or saving for your kids' college.

2. Invested in the stock market

Investing in stocks is a good way to turn a small amount of money into an impressive sum over time, which is why it's a positive thing that 23% of refund recipients used their cash for that purpose last year. Though the stock market can be highly volatile, it's historically returned roughly an average annual 9% return.

Now let's assume that you have a $2,000 refund to work with. If you invest it this year in stocks and leave it alone for two decades, you'll have $11,200 in 20 years' time if you score that 9% average annual return we just talked about. Even if we go a more conservative route and assume an average annual 7% return, you're still looking at a total of $7,700 after 20 years -- not too shabby.

Credit card debt is hugely unhealthy for a number of reasons. First, credit cards can charge absurd amounts of interest so that you end up paying far more for the things you used them for in the first place. Secondly, too much credit card debt can actually hurt your credit score, thereby making it more expensive, if not prohibitive, for you to borrow money going forward.

Last year, 18% of refund recipients used that money to pay down credit card debt. If you're in a similar boat, assess your debt situation, see which cards of yours are costing you the most in interest, and chip away at those first. You might also try transferring your various balances onto a single card with a lower interest rate, and then using your tax refund to make a payment toward that sum.

If you're getting a tax refund this year, it pays to use that money to improve your financial picture. At the same time, you might consider adjusting your withholding if that refund is substantial. You're better off getting more of your money up front, as you earn it, than lending it to the government for nothing in return.