And they need to do something about it -- immediately.

It's often said that financially speaking, women have a major disadvantage compared to men. U.S. women generally make about $0.80 for every dollar earned by their similarly qualified male counterparts, but that's really the tip of the iceberg.

New data from consulting firm Aon indicates that if women don't step up their retirement savings game, they're likely to struggle during their golden years. Specifically, about 70% risk a serious savings shortfall if they plan to retire at age 67, which is considered full retirement age for Social Security purposes for anyone born in 1960 or later. 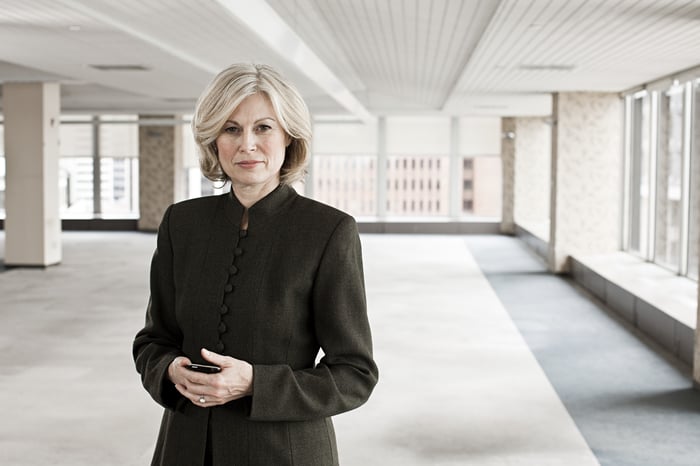 Women who retire at 67 should, ideally, retire with 11.6 times their last annual salary, according to Aon. But based on current savings rates, older females will have just 7.6 times their salary, on average, saved by then. Talk about a sizable gap.

Though saving for retirement is crucial for men and women alike, the wage gap makes it harder for female workers to adequately build wealth. Furthermore, women are more likely than men to take time out of the workforce to care for family members, and that, in turn, limits their earnings potential and also inhibits retirement savings. Throw in the fact that women have a longer life expectancy than men, and it's no wonder so many risk falling short on income as seniors.

Stepping up on the retirement front

Though the aforementioned data paints a pretty bleak picture, there are things women can do to brighten it. For one thing, female workers can cut back on spending and save more vigilantly during their careers. Socking away an extra $300 a month over a 20-year period, for example, could boost a woman's nest egg by nearly $150,000 if that money were to generate an average annual 7% return on investment.

Speaking of which, investing aggressively is another tactic women can employ to grow wealth. The 7% average annual return just referenced is a reasonable assumption for a stock-heavy portfolio, and loading up on stocks could help compensate for lower savings rates.

For women whose earnings really aren't up to par, there's also the option of the side job. It may not be ideal, especially for those who maintain caregiving responsibilities on top of their regular work, but it's a reasonable means of playing catch up -- so much so that 14% of workers with a second gig have one for the express purpose of funding their nest eggs. Another benefit of taking on an additional job is the option to carry it into retirement, and work part-time later in life.

That said, women need not resign themselves to low wages. These days, negotiating salary is an acceptable practice, especially in today's healthy job market. Women should therefore not hesitate to do their research and fight for higher wages if they feel they're being undercompensated or, in the case of new job offers, lowballed. At the same time, women should invest in themselves by growing their skills to merit pay raises as they become available.

Finally, women who truly lack savings approaching retirement should consider postponing that milestone and banking extra cash instead. Working longer also opens the door to delaying Social Security, and that's an important point to consider. For each year an eligible recipient delays benefits past full retirement age, those payments go up by 8% up until age 70, and that increase remains in effect permanently. Thus, a woman entitled to $1,500 a month at age 67 could instead start collecting $1,860 starting at age 70, thereby securing a higher income stream for life.

Though women might have some catching up to do with regard to retirement savings, all is certainly not lost. The key, however, is to get ahead of the issue before it's too late.