In some parts of the country (think major cities with solid public transportation), owning a car is a luxury. But in most of the U.S., it's a necessity. It's estimated that 95% of American households own a car, while 85% of U.S. workers rely on a vehicle to get to their jobs.

Still, there's a difference between owning a car and buying a new, expensive one. And unfortunately, Americans seem to be trending toward the latter. As of late last year, the average new-car loan was $31,455, according to Experian's State of the Automotive Finance Market report. That translates into an average monthly payment of $523. 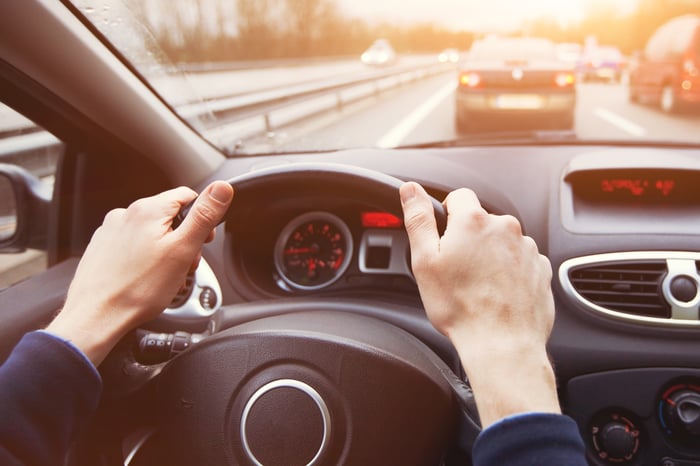 The problem? That's more than what a lot of households can afford, and they're likely to suffer for getting in over their heads.

Are you taking on too much car?

It's true that transportation ranks up there as one of the typical American's largest monthly expenses. But seeing as the average American earns $46,641 a year, according to the Social Security Administration, this means that the typical new-vehicle owner spends roughly 13.5% of his or her gross income on a car payment alone. And that's just plain scary, especially since we all know that a car payment is only part of the cost of owning a vehicle. It doesn't include necessities like insurance, fuel, and maintenance. Therefore, if you're spending a large chunk of your income for the privilege of owning a new car, you should know that you're putting yourself at risk of falling behind on those monthly payments or racking up debt in other ways.

You don't need to spend that much

While you might genuinely need a car to function, you don't necessarily need a new one. Remember, new cars lose value the moment they're driven off the lot, so from an investment standpoint, buying new rarely pays off.

The average monthly payment for a used car is $378. Granted, that's still a lot of money, but it's far better than the $523 it might cost you to have a new vehicle. In fact, if you were to go the used car route, you'd save $1,740 a year in car payments alone, which you could then use to pad your savings, pay off debt, or apply to any of your top financial goals.

Even if you're intent on owning a new car, there's a wide spectrum to choose from. Owning a small sedan, for example, is generally much cheaper than opting for a larger car, so think about your transportation needs and purchase a car that allows you to meet them without going overboard.

If your earnings are such that you can afford a car payment of $523 a month, then by all means, go crazy. But if you're like the typical American, that's not a sum you can comfortably swing. Therefore, be smart about choosing a car. Remember, higher-end vehicles aren't just costlier to purchase; they're also more expensive to maintain. And the last thing you want to do is stretch your budget to cover your car payments, only to find that you're unable to manage the upkeep involved.