But it's unclear whether it'll actually help the masses.

The cost of college has risen exponentially over the past few decades, and graduates are coming away increasingly saddled with debt as a result. The problem has gotten so bad that late last year, Americans' collective student debt surpassed the $1.5 trillion mark. In fact, Americans owe more money in outstanding student loans than they do in credit-card balances and car loans.

But here's a ray of hope for those folks who are struggling to keep up with their student debt payments. In early April, The House Ways and Means Committee passed the Secure Act, which would expand the scope of 529 plans to cover costs beyond college to include apprenticeships, home-schooling, and up to $10,000 in student debt. 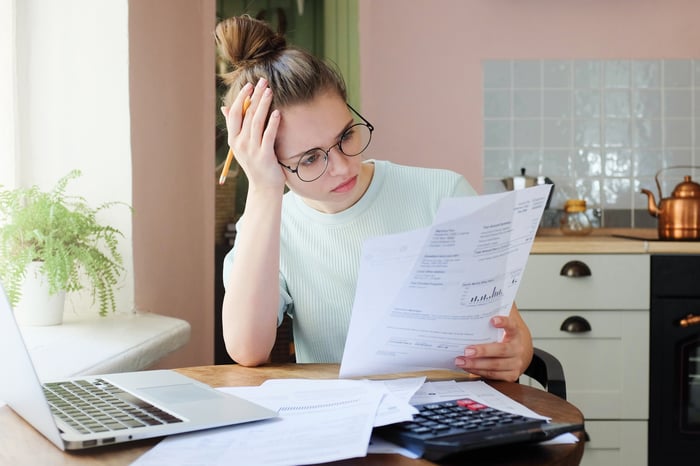 This wouldn't be the first change 529 plans have seen. Though originally intended as college savings plans only, as part of the 2018 tax overhaul, 529s were expanded to cover private school tuition for grades K-12. This new change could be a boon to college grads with generous families who have funds available in 529s, as these plans make it easy to change beneficiaries and move funds between family members.

On the other hand, the reason so many students wind up loaded with debt in the first place is that they go into college with little to no savings. Think about it: A student whose family socks away $100,000 in a 529 is less likely to leave college burdened with debt than a student who comes in with nothing.

Furthermore, for the aforementioned 529 plan changes to actually help ease the burden of existing loans, a given graduate would need to come from a family that has those funds to spare. Imagine a student graduates college with $30,000 of debt. Had that student had an extra $10,000 in his or her 529, that loan could've been $10,000 less. Therefore, the proposed 529 changes, while perhaps helpful in some ways, will likely only serve a very limited number of graduates who are struggling to keep up with their student debt.

Even if the aforementioned 529 changes come to be, it's safe to say that the majority of folks with student debt won't really benefit from them -- especially since fewer than 20% of children under the age of 18 have a 529 in their name to begin with. Therefore, those who are truly on the verge of drowning in student debt should explore other options for relief. For graduates with federal loans, the solution might come in the form of an income-based repayment plan. Under this option, monthly payments become a function of financial ability based on earnings, as opposed to a preset number based on a given loan's amount coupled with its interest rate.

Similarly, federal loans come with a deferment option for those who can't keep up with their monthly payments. While deferment isn't a perfect solution, it's a reasonable one to consider for those who experience financial hardships or drops in income that make it virtually impossible to manage their monthly loan payments.

Those who borrowed privately for college have fewer protections, but the option to refinance expensive loans still exists. Refinancing means swapping an existing loan for a new one -- namely, one with a lower interest rate. Doing so could result in substantially lower monthly payments.

While it's a positive thing to see that lawmakers are invested in addressing the current student loan crisis, expanding the use of 529 plans to cover educational debt isn't necessarily a wide-ranging solution. Still, it's a start.