It's a lofty goal -- and a valid concern.

With life expectancies continuing to climb, the idea of living to 100 isn't as far-out as it once might've been. In fact, 53% of Americans say they'd like to live to see 100, according to a survey by AIG Life & Retirement.

The problem? Many folks can't afford to do so.

In fact, 51% of Americans say their current savings plans likely wouldn't allow for a 100-year lifespan. And 59% say they're more worried about running out of money in retirement than actually dying. 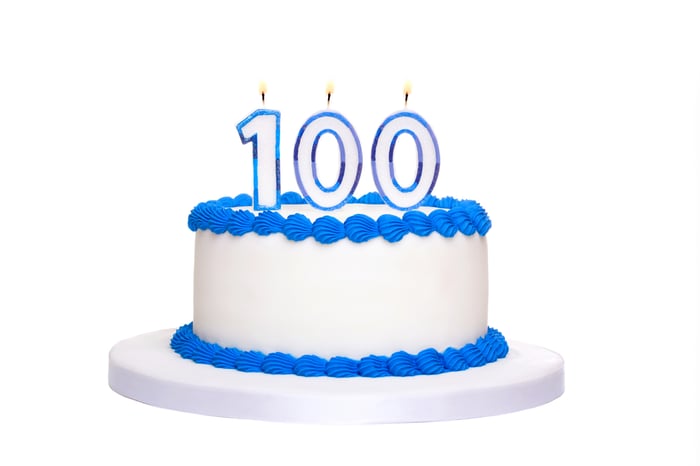 Ultimately, your health will dictate whether or not you make it to 100, and that's something you can only control to an extent. On the other hand, you can take control of your savings so that if your body allows you to last till 100, you have the money to maintain a decent lifestyle throughout.

Take control of your financial future

The last thing you want to do is wish for your own premature demise because you don't have the funds to support yourself in your old age. Rather than let that happen, start saving as aggressively for retirement as you can today.

Currently, workers under 50 can contribute up to $6,000 a year to an IRA, and $19,000 to a 401(k). Those 50 and older, meanwhile, can set aside up to $7,000 annually in an IRA, and $25,000 in a 401(k). If you're not getting anywhere close to these limits, consider making lifestyle changes that allow you to ramp up your savings rate. That could mean cutting back on certain luxuries, like the fancy car you drive or the restaurant meals you tend to indulge in, or it could mean downsizing your living space to free up more cash to save.

What sort of a difference might that make? Let's say you're 50 years old with $100,000 in retirement savings, and that you're currently setting aside $500 a month, or $6,000 a year, for the future. Let's also assume that your goal is to retire at 67. If your investments were to generate an average annual 7% return between now and then, you'd come away with a $500,000 nest egg.

But now let's imagine you're willing to make major lifestyle changes that allow you to max out your 401(k) at $25,000 a year. All other things being equal, you'd get to retire at 67 with close to $1.1 million. And that sort of sum has a lot more lasting power.

Another move you might consider if you're hoping to have the money to support a long life is delay retirement. Doing so will give you an opportunity to boost your savings for a few extra years, all the while leaving your existing savings untouched. It'll also enable you to hold off on claiming Social Security, and that's important, because if you delay those benefits past your full retirement age, you'll end up boosting them in the process, thereby giving yourself more monthly income for life. Not only that, but working longer has actually been linked to living a longer life, so that's reason enough to extend your career for a bit, especially if your health is great and you have reason to think you might live till 100.

One final thing you can do to avoid running out of money later in life is be smart about how you withdraw from your savings. If you follow the 4% rule, it states that if you begin by removing 4% of your nest egg's value during your first year of retirement, and then adjust subsequent withdrawals for inflation, your savings should last 30 years. Therefore, if you're retiring in your mid-60s but want enough money to last you until 100, you'll need to start out with a lower annual withdrawal rate.

Money shouldn't be the thing to stop you from wanting to live to 100. If it is, get a handle on your finances. The sooner you do, the greater your chances of accumulating enough savings to last for the rest of your life.