This list could drop to 36 in the near future. Find out why.

Social Security is a benefit, but for most workers, it feels like a hard-earned right. After paying payroll taxes to Social Security throughout your career, most people feel like they've paid enough to the federal government to deserve the monthly Social Security checks they get in retirement.

But when it comes to taxing Social Security, there's good news and bad news. The bad news is that the IRS collects additional income tax from many retirees once they've started collecting benefits. The good news is that residents of 37 U.S. states don't face the added insult of paying state income taxes on what they get from Social Security. However, there's no guarantee that those 37 states will stay favorable for retirees -- and one state in particular has thought hard about leaving the other 36 behind. 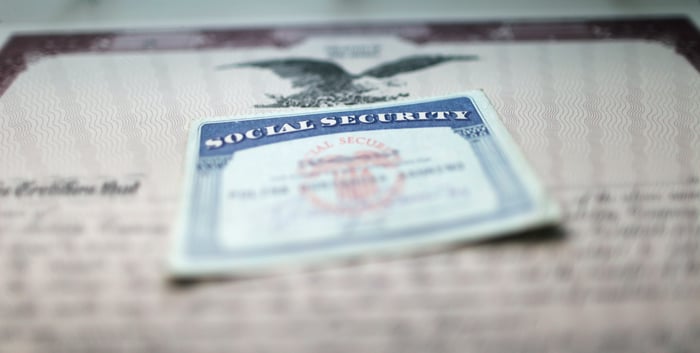 Below are the 37 states that currently don't tax Social Security benefits. You can also add the District of Columbia among these jurisdictions.

What's surprising is that these states even forgo tax revenue in situations in which the federal government is willing to collect taxes. The federal rules get a bit complicated, but in general, if you take your income from non-Social Security sources and add in half your Social Security benefits, you could owe tax on a portion of your benefits if the result is more than $25,000 for single filers and $32,000 for joint filers. For certain higher income taxpayers, as much as 85% of your Social Security can get added to your taxable income.

Yet even among the 13 states that currently do have taxes on Social Security, only a few collect taxes the same way the IRS does. In most cases, higher income thresholds apply that prevent most Social Security recipients from owing tax.

Recently, lawmakers in Illinois have faced a budget crisis that's making some people think about imposing a Social Security tax. Right now, retirees don't have to pay state-level income taxes on either Social Security or on private pension income. At a time when pension funding shortfalls for public employees are causing financial problems, one suggestion that some state legislators find appealing is taxing previously untaxed retirement income to help ensure that those employees get retirement income.

However, opponents note that the retiree-friendly tax landscape has been a key driver of ensuring that retired people actually stay in Illinois after the end of their careers. In most high-tax jurisdictions, you see substantial flight among the newly retired to lower-tax locations. Policymakers fear that if Illinois penalizes Social Security recipients, they'll simply respond by moving south the same way that so many of their peers in the Northeast have done.

Even if Illinois chooses to change its stance, you'll still have three dozen states to choose from that don't tax Social Security. Taxes might only be one factor in picking a place to live in retirement, but it's still nice to keep more of your hard-earned retirement savings instead of sending it to your state's tax collector.