The decisions you make with regard to Social Security are likely to have a huge impact on your retirement, so claiming benefits strategically is a wise idea.

So what happens when a blunder on your part negatively affects your benefits? In some cases, you're not totally out of luck. Here, in fact, are three Social Security mistakes you have the opportunity to recover from. 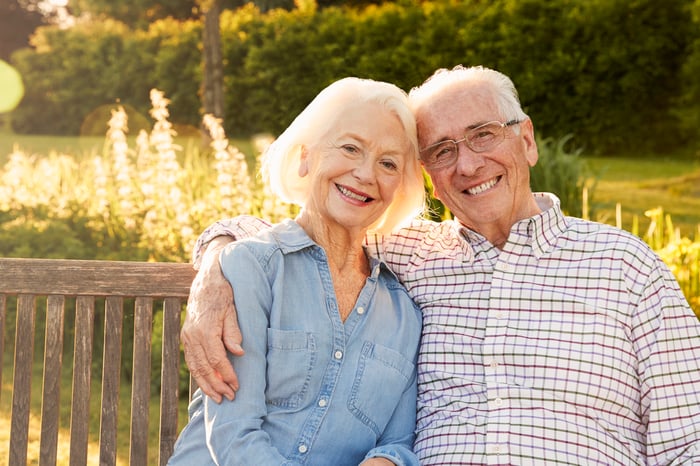 Eligible seniors get an eight-year window to sign up for Social Security that begins at age 62 and ends at age 70. Smack in the middle of that period is full retirement age (FRA), otherwise known as the age at which you're entitled to collect your full monthly benefits based on your earnings record.

Claiming benefits ahead of FRA will reduce your monthly payments as follows: You'll lose 6.67% a year for the first 36 months you file early, and then 5% for each year thereafter. This means that if you're looking at an FRA of 67 but you claim Social Security at 62, you'll face a 30% reduction in your benefits.

That reduction, however, doesn't need to remain in effect for the rest of your life. If you file for benefits early but regret that decision after the fact, you have the option to withdraw your application and file for Social Security again at a later point in time. To do so, however, you must undo your claim within 12 months of filing, and also repay every dollar you collected in benefits to the Social Security Administration (SSA), which is no easy task. But if you're able to do so, you can pretend your initial filing never happened, and then claim benefits at a later point when you won't face a reduction.

Delaying Social Security past FRA can have the opposite effect of filing early: For each year you wait on benefits, you'll boost them by 8%. Those delayed retirement credits, however, stop accumulating at age 70, so there's no sense in waiting to file for Social Security past that point. Furthermore, if you don't manage to file for benefits by age 70, you stand to lose out on money you'd otherwise be entitled to.

That said, don't panic if your 70th birthday has passed but you haven't yet claimed your benefits. The SSA will pay you up to six months of retroactive benefits, so if you're not past 70-1/2, you don't have to worry about losing money.

If you're already past 70-1/2 and haven't started taking benefits, then unfortunately, you might be out some of the money you were otherwise entitled to. If that's the case, be sure to file for benefits immediately to avoid further financial losses.

3. Not working enough to be eligible for benefits

To be eligible for Social Security in retirement, you need to earn 40 credits during your working years, each of which equates to a certain amount of income earned in a given year. For the current year, for example, you earn one credit per $1,360 of income you bring in, and the value of a single credit varies from year to year. What this means is that if you only work a handful of years during your career, or you work very part-time your entire life, you may not accumulate enough credits to be eligible for Social Security based on your own earnings history.

But that doesn't mean you can't get benefits in retirement. If you're married to, or divorced from, someone who did accrue enough credits to claim Social Security, you can claim benefits based on your spouse's (or former spouse's) record. Those benefits, known as spousal benefits, are worth up to 50% of the amount your spouse gets to collect. The only catch is that you can't start collecting spousal benefits before your spouse or former spouse files him or herself. Even so, you can rest assured knowing that you're entitled to some retirement income despite not having earned enough to claim benefits yourself.

There are some mistakes in life that you can't correct, but in these cases, you can recover on the Social Security front. And that's good news for your retirement, especially if you plan to count on those benefits for many years as a senior.