It's tempting to tap your 401(k) when an unplanned bills pops up out of the blue. But whether doing so is wise is a different story.

Financial emergencies can really throw us off course, whether they come in the form of a sudden home repair, vehicle issue, or medical bill. That's why we're told to put together some emergency savings -- ideally, enough money to pay for three to six months of essential living expenses. Furthermore, that money should be stored in the bank, where its principal is protected and it's easily accessible.

Now if you have no money to your name whatsoever, you should start building some savings. But if you happen to have money in a 401(k) plan through work, you may be wondering whether you really need an emergency fund. After all, why push yourself to sock away money in the bank when you're sitting on thousands of dollars in retirement cash? But while the idea of tapping your 401(k) to cover emergencies might seem like a reasonable one in theory, it's quite a harmful one in practice. 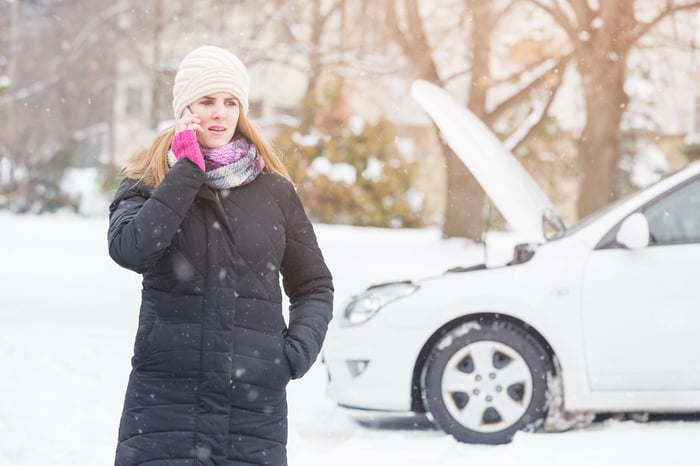 Workers who save in a traditional 401(k) get the benefit of tax-free contributions. If you put $5,000 into your plan during a given year, that's $5,000 of income the IRS can't tax you on. As such, the IRS has strict rules about when you're allowed to access that money. Specifically, you're not allowed to take withdrawals from a 401(k) before you reach age 59 1/2. If you remove funds from your 401(k) prior to then, you'll be slapped with an early withdrawal penalty equal to 10% of the amount you take out, plus taxes on your withdrawal.

Now to be clear, traditional 401(k) withdrawals are taxed in retirement as well, so that's not a function of raiding your account ahead of schedule. The 10% early withdrawal penalty, on the other hand, is a consequence you can easily avoid by leaving your retirement funds alone until you turn 59 1/2.

And that's the main reason why you can't rely on your 401(k) plan to serve as your emergency fund. Chances are, you'll encounter an emergency in life before the age of 59 1/2, and the last thing you want to do is get hit with a whopping penalty you'll never recoup.

Another thing to realize is that the purpose of your 401(k) is to provide income for you in retirement, when you don't have a full-time job and the paycheck that goes along with it. Therefore, any time you remove money from that plan, that's income you won't have available during your golden years. And it's not just your principal withdrawal you'll lose out on as a senior; you'll also miss out on the growth that money could've achieved.

Prioritize emergency savings above all else

Tapping your 401(k) early is pretty much always a bad idea, even if it's unforeseen circumstances that drive you to do it. Therefore, if you're lacking emergency savings, make that your No. 1 priority, even if it means holding off on 401(k) contributions to do so. Accumulating three to six months' worth of living expenses isn't easy, but if you cut back on spending for an extended period of time, you'll slowly but surely get to that point. And if you're eager to expedite the process, get yourself a side hustle. The beauty of that second job is that your income from it won't already be earmarked for living expenses, which means you should have no trouble banking it all.

No matter what you do to build emergency savings, don't rely on your 401(k) to serve that purpose. Doing so will likely subject you to serious financial losses that are otherwise largely avoidable.