Many people neglect to save for retirement during their working years. In fact, an estimated 45% of baby boomers have absolutely no money set aside for the future. For some, the reason boils down to limited income monopolized by immediate living expenses. But for others, it's the underlying protection of Social Security that makes not saving for retirement an acceptable practice.

Here's the problem, though: Social Security is by no means designed to sustain seniors on its own. And if more workers don't realize that, they're apt to continue neglecting their savings and putting their futures at risk. 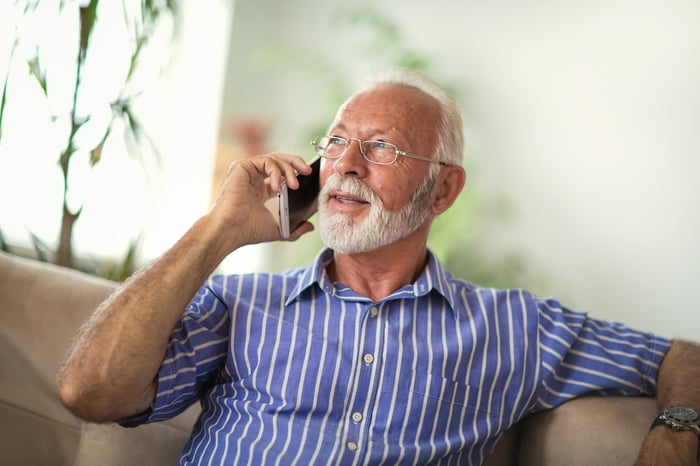 Social Security will only go so far

Because so many seniors today count on Social Security to pay the bills, it's easy to assume that those benefits will suffice in paying for a reasonably comfortable retirement. In reality, they won't even come close.

The average senior today collects around $17,500 in annual income from Social Security, and that's hardly enough to live on. In fact, Social Security, at its core, is really just a means of poverty protection. It might suffice in putting a roof over your head and picking up a few other essentials, but assuming you don't need income outside of Social Security is a good way to set yourself up for a disastrous, cash-strapped retirement. And frankly, you deserve better.

Start making up for lost time

If you've been neglecting your savings, it's time to start ramping up. You can start by examining your current spending and finding ways to cut back, thereby freeing up more cash for your IRA or 401(k). That could mean downsizing to a smaller living space, giving up a vehicle you technically don't need, or limiting your leisure spending.

At the same time, it pays to consider getting a second job on top of your regular one if you're already pretty close to retirement and don't have much savings. Of the millions of Americans who hold down a side hustle, 14% do so for the express purpose of funding a nest egg, so if you go that route, you'll be in good company.

How much savings might you manage to amass? It depends on how much of an effort and how many sacrifices you're willing to make. But assuming you're 20 years away from retirement and that your savings could be invested at an average annual 7% return -- which is doable when you load up on stocks -- here's a sampling of what you might end up with:

Let's be clear: There's nothing wrong with counting on Social Security to provide a portion of your retirement income. But if you're an average earner, you should probably expect it to replace about 40% of your former salary. Most seniors, however, need about twice that amount to live comfortably, which means that if you save nothing, you're likely to fall extremely short. A better bet, therefore, is to make an effort to save as much as you can for as long as you can, and use your nest egg in conjunction with Social Security to enjoy your golden years.