Please ensure Javascript is enabled for purposes of website accessibility
Log In Help Join The Motley Fool
Free Article Join Over 1 Million Premium Members And Get More In-Depth Stock Guidance and Research
By Maurie Backman – May 11, 2019 at 6:09PM

Some people would give anything to retire early. This Fool isn't one of them.

Many financial experts these days are pushing the idea of early retirement, and there are certainly benefits to going that route. Retiring early means getting to reclaim your schedule, travel, and do so many other things a full-time job can easily impede.

But there are a number of drawbacks to early retirement, too. For one thing, it needs to be planned for very carefully. If you retire super-early -- say, in your early to-mid-50s -- you'll need an income source outside your IRA or 401(k), since funds from those accounts can't be accessed penalty-free until age 59 1/2. And forget about Social Security -- those benefits don't become available until age 62 at the earliest. 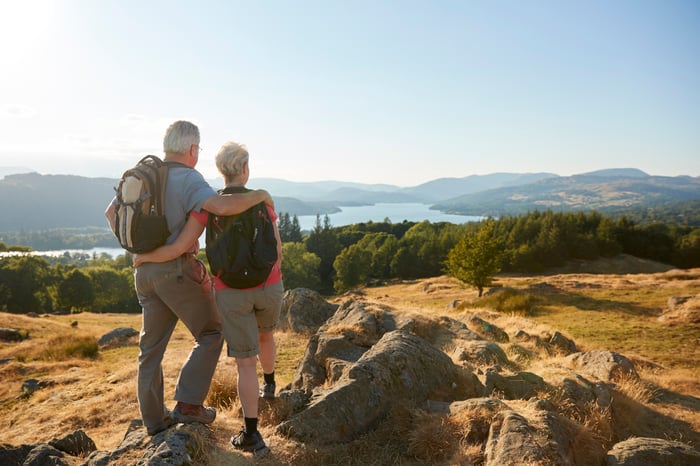 Health coverage can also be issue for those who retire very early. Without employer-subsidized insurance, you could face some pretty hefty premiums until you turn 65 and become eligible for Medicare.

Of course, there's always the option to save outside an IRA or 401(k), and to save in a manner that gives you the option to pay for health insurance until Medicare kicks in. In fact, I make a point of investing money in a traditional brokerage account as well as a tax-advantaged retirement plan because I want the option to access some savings earlier on in life, should the need or desire arise. As such, I might, conceivably, have the option to retire on the early side if my investments do well and I'm able to consistently sock away money from year to year.

That said, I still think early retirement is a bad idea, at least for me, and it's not because of money. Rather, it's because of the potential to get really, really bored.

The problem with retiring young

There's a danger in being bored in retirement, mostly because we're talking about long-term boredom, not the occasional off week when you're stuck at home without much to do. Retiring at a point in life when you might have another 40 years ahead of you means you'll need to be awfully creative in filling your days meaningfully. Even if you retire with a few million dollars, you may be surprised at how quickly you're able to spend down your nest egg, especially if you're traveling internationally and indulging in nightlife frequently to enjoy your newfound free time.

Keep in mind that there's nothing wrong with any of that -- provided it doesn't put you at risk of depleting your savings prematurely. But even if money is fairly abundant, there may come a point when you take a step back and realize that you're struggling to fill your days with interesting, engaging things to do.

That's why I really don't want to retire early, and I'm hoping I won't land in a situation where I'm forced to go that route. Without a job, I can see myself getting very bored very quickly, and I can also see myself getting down over the fact that I'm not making good use of my days.

It's a danger that retirees of all ages face. Retirement increases the likelihood of suffering from clinical depression by 40%, according to the Institute of Economic Affairs, and part of that stems from feeling restless and unfulfilled. Frankly, that's scary to me. In fact, a big part of me thinks I'll never really retire in the traditional sense, but rather, will always aim to work in some capacity. Perhaps I won't clock in the 40 hours (often more) per week that I do right now, but I just don't see myself being capable of working but not doing so.

Others might feel differently, and if you're eager to retire early, by all means, plan and save for it. Just be aware that it's not just a question of being financially prepared. You'll also need to account for the mental toll of early retirement, and make sure it's really the right choice for you.