Please ensure Javascript is enabled for purposes of website accessibility
Log In Help Join The Motley Fool
Free Article Join Over 1 Million Premium Members And Get More In-Depth Stock Guidance and Research
By Maurie Backman – May 14, 2019 at 6:36AM

The question is: Are their concerns warranted?

Social Security serves as a critical income source for millions of seniors today, but the program's ability to pay future benefits has older Americans worried. In a new study by Nationwide of U.S. adults 50 and older, 66% of workers who plan to retire within the next 10 years say they're worried that Social Security won't have the funding to pay the benefits they're supposed to collect. And while that concern may be a bit extreme, their fears aren't totally unfounded.

Social Security's financial woes have been spurring rumors for years about the program's potential demise. The reality, however, is that right now the worst-case scenario that seniors are looking at is a 20% reduction in scheduled benefits. That's what the April 2019 Trustees Report revealed, and that number is based on the assumption that the program's cash reserves known as its trust fund will run dry by 2035. 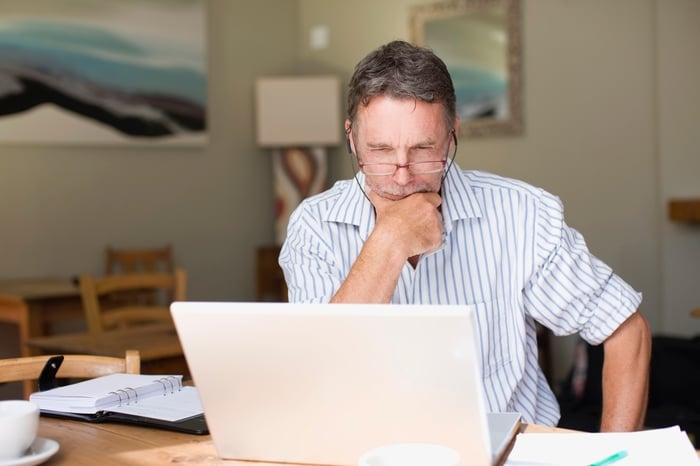 Prior to 2035, no cuts in benefits are anticipated. And whether an actual reduction in benefits is implemented in 2035 is yet to be determined. Because so many seniors depend heavily on their Social Security income to cover their basic living costs, lawmakers are invested in coming up with a solution to avoid having to slash benefits and drive a large number of retirees into poverty. Therefore, there's no need to assume that a future benefit cut is a given.

Either way, near-retirees can rest easy knowing that Social Security is by no means on the verge of going broke. In fact, Social Security's primary source of funding is payroll taxes, so as long as there's an active workforce, the program can continue paying benefits in some shape or form.

But that doesn't mean today's older workers should sit back, relax, and plan to rely on Social Security alone once they're ready to retire. In a best-case scenario -- meaning, no future reduction in benefits -- Social Security will only replace about 40% of the average worker's pre-retirement income. Most seniors, however, need roughly double that amount to lead a comfortable lifestyle. As such, it's crucial that all working Americans save independently for retirement, whether through an IRA, a 401(k), or another savings plan.

This especially holds true for older workers who are nearing retirement with little to no savings. Currently, those 50 and over can contribute up to $25,000 a year to a 401(k), and up to $7,000 a year in an IRA. A health savings account can supplement these primary retirement savings plans to ease the burden of healthcare later in life.

Maxing out an IRA or 401(k) might seem undoable for those who aren't in the habit of saving, but those without any money socked away for the future certainly need to start doing better, even if it means setting aside a modest portion of their income -- say, $400 a month -- and investing it wisely. Doing so over a 15-year period would result in a $120,000 nest egg, assuming an average annual 7% return during that decade and a half. That's not a ton of money over the course of what could be a 30-year retirement. But since Social Security alone won't cut it even if benefits aren't slashed, it's certainly a reasonable start.