Please ensure Javascript is enabled for purposes of website accessibility
Log In Help Join The Motley Fool
Free Article
Join Nearly 1 Million Premium Members And Get More In-Depth Stock Guidance and Research
By Selena Maranjian – May 18, 2019 at 9:15AM

Approach retirement with your eyes open -- or you may end up hundreds of thousands of dollars short.

Most of us, unless we have a generous pension in our future, need to have a solid retirement plan. We need to have figured out how much money we need to retire with and how we're going to amass that sum. Without a plan, we're much more likely to end up struggling in our final decades.

It's important to be comprehensive in our planning, too, because ignoring one or a few major costs in retirement can cause us to undersave or overspend. Here are three expenses to take into account as you plan for your financial future. 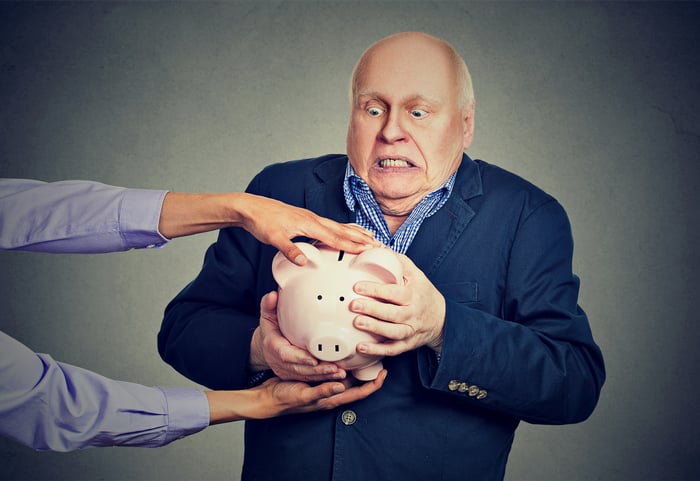 Yup, healthcare. As you probably suspect, it's likely to be a major expense in your retirement. But you might not be appreciating just how costly it could be. You wouldn't be alone, either: A whopping 44% of retirees found that healthcare expenses in retirement were somewhat higher (27%) or much higher (17%) than they expected, per the 2018 Retirement Confidence Survey.

Of course, there's no way to know now just how much you'll end up paying, and a lot depends on your health and fitness. But consider this: A 65-year-old couple retiring today can expect to spend an average of $285,000 out of pocket on healthcare expenses over the course of their retirement, according to Fidelity Investments. That's for out-of-pocket expenses beyond what Medicare covers, and it doesn't even include long-term care expenses.

That's just an average, of course, and it's not the only estimate out there. A different report, by researchers at the Center for Retirement Research at Boston College, found that, on average, retirees spent roughly $4,300 per year (as of 2014) on healthcare in retirement. (Again, that's for out-of-pocket expenses beyond Medicare and it also excludes long-term-care expenses.) Meanwhile, Healthview Services estimated that a healthy 65-year-old couple retiring in 2018 would spend about $363,946 on healthcare over the course of their retirement. That figure covers Medicare and supplemental plan premiums along with out-of-pocket expenses.

So be aware that healthcare could cost you a lot -- and plan accordingly. Perhaps set a significantly higher savings goal for yourself. And consider getting fitter, if you're not in great shape, as healthier retirees are likely to need less care and spend less on it. Be smart about Medicare, too, choosing the plans that will serve you best. 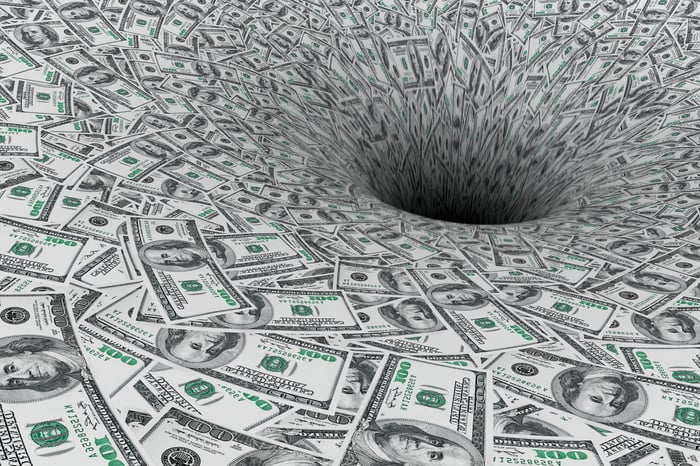 Then there are fees. They can seem insignificant -- 1% here, 1% there...Those are small numbers, right? But those small numbers can take a big bite out of your savings over long periods. Fees appear all over our financial lives -- levied by banks, brokerages, credit cards, 401(k) accounts, mutual funds, and more. Many people pay their financial advisors 1% or more of assets annually. That means if an advisor is overseeing an account worth $300,000, they're taking $3,000 out of it this year and will take another 1% next year, too, and so on. That really adds up.

Meanwhile, imagine two mutual funds -- one charging you 1.10% annually, and the other (perhaps an index fund) charging you just 0.10%. If both gained 10% annually over a long period before that fee, then their post-fee returns would be 8.9% and 9.9%, respectively. Here's the difference between those returns for someone investing $10,000 annually:

A single percentage point difference can cost you many thousands of dollars -- and potentially hundreds of thousands. You can keep fees low by shopping around for low-fee financial service companies and providers, and by favoring low-fee mutual funds, too. Remember that index funds tend to outperform most managed funds, and managed funds tend to feature much higher fees.

Finally, there's family. Family members may bring us great joy, but many of them are also financially draining. It's widely appreciated that raising a child to adulthood is expensive, but people often forget to look beyond that, to see that many parents keep supporting their kids well into adulthood. A TD Ameritrade survey found that on average, millennial parents received about $11,000 annually (in money and unpaid labor) from their own parents. Fully four out of five parents offer some financial support for their adult children, according to a survey from Merrill Lynch and Age Wave -- spending twice as much on their kids as they do on retirement savings.

That kind of support can thwart your retirement saving -- and, later, can finally pinch you in retirement. Imagine, for example, giving $10,000 to your kids each year -- for just 10 years. That figure, if it were instead invested in your retirement account, growing at an annual average rate of 8%, would amount to more than $156,000 -- a sum you might find rather handy in retirement, potentially supporting you for three years or so.

Aim to raise financially savvy kids. Get them to appreciate the power of compounded growth and start them investing in some stocks while they're still young, too. That way they can eventually be financially independent, saving for their own retirements while you live off your own retirement savings.