Slashing your benefits for life is a move you're likely to regret.

There's a good chance Social Security will serve as a critical source of income once you're retired. As such, it pays to get as much money out of it as you can, and waiting until full retirement age or beyond to file for benefits is a good way to do so.

Though your benefits themselves are calculated based on how much you earned during your 35 highest-paid years at work, the age at which you file could cause that number to shift. Filing at full retirement age -- either 66, 67, or somewhere in between, depending on your year of birth -- will give you the exact monthly benefit your earnings history entitles you to. Seniors, however, get an eight-year window to claim benefits that opens at age 62 and closes at age 70. (Technically, you can file past 70, but there's no financial incentive to delay past that point.) 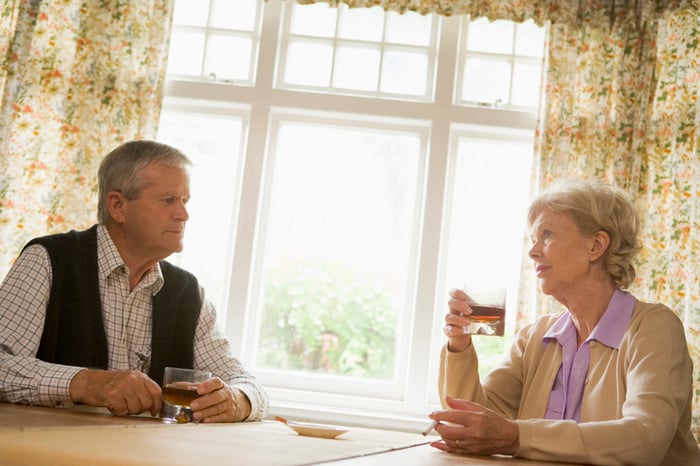 Meanwhile, filing early is a common practice among Social Security recipients, with 62 being the most popular age to claim benefits. But new data from MassMutual highlights the danger of filing for Social Security earlier in life: An estimated 38% of seniors who have taken benefits say they wish they would've filed later. And if you file early, you may end up feeling the same way.

Many seniors don't want to wait until full retirement age to claim benefits, or can't wait that long. The problem with filing early, however, is that in doing so, you'll reduce the amount you collect from Social Security on a monthly basis, and quite possibly for life.

How severe a reduction are we talking about? You'll lose 6.67% of your benefits per year for the first three years you file early, and then 5% a year for each year thereafter. This means that if you're looking at a full retirement age of 67, filing at 62 will slash your benefits by 30%. And unless you manage to undo your application within a year and repay all of the benefits you received, that reduction in your monthly income will remain in effect for the rest of your life.

There lies the danger in filing for Social Security before full retirement age. Though you'll get your money sooner, you'll also reduce what could be one of your most substantial income streams in retirement.

Of course, not everybody who files early does so due to impatience. MassMutual reports that 53% of recipients filed for benefits as the result of a financial necessity, such as not having ample savings to cover their expenses. Meanwhile, 30% filed due to unanticipated health or job loss issues.

However, if you have the option to hold off on benefits, doing so might serve you extremely well over the course of retirement. In fact, if you're willing to delay benefits beyond full retirement age, you'll snag an 8% boost for each year you wait, up until age 70 (which is why 70 is generally considered the latest age to claim Social Security). And that increase in benefits will remain in effect permanently.

Remember, too, that when you slash your Social Security benefits by filing early, it's not just your own retirement income you're impacting; you could end up hurting your spouse as well if he or she outlives you. At that point, your spouse will be eligible for survivor benefits based on your benefits, so the less you collect, the less your partner will receive. Therefore, if you're going to claim Social Security early, have a good reason for it. Otherwise, you might really bemoan that decision after the fact.