Working as long as possible has its benefits. Take it from my grandmother, whose stint lasted longer than most people would've imagined.

My grandmother officially retired this week after spending many decades working for the same nonprofit. The amazing part? She managed to keep plugging away well past her 91st birthday.

To be fair, in recent years, she worked on a part-time basis, not full time. But still, I'd say that's fairly impressive for someone her age. In fact, her decision to stop working boiled down more to the hour-plus commute she faced each way than anything else. But, boy, did she have an impressive run on the work front, and one that has inspired my own retirement philosophy.

Working in retirement has more than just financial benefits

My grandmother's initial decision to keep working into her 70s, and even her early 80s, may have boiled down to money somewhat. She probably figured that since she was healthy enough to keep at it, she might as well boost her income rather than rely too heavily on her Social Security benefits -- which, as she's repeatedly said herself, aren't much to write home about. 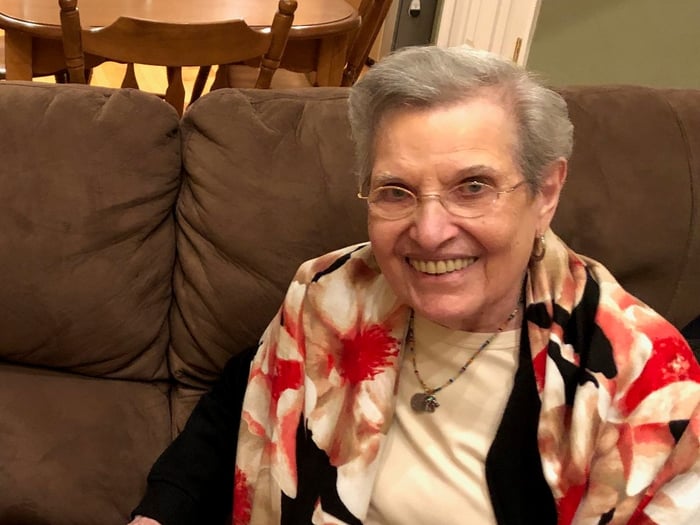 But eventually, her job become less about the money, and more about the social outlet and opportunity to leave the house. One thing many people don't realize about retirement is that it opens the door to dangerous levels of boredom. Retirees, in fact, are 40% more likely than workers to be diagnosed with depression, and when we consider that many seniors struggle with mobility, and therefore have a hard time getting motivated to go out and do things, it's easy to see why.

Money is also a factor. Many seniors are limited to a modest fixed income consisting mostly of Social Security. As such, they don't have a lot of room in their budgets to spend on entertainment because they're too busy covering basics like housing, food, utilities, and healthcare.

That's why working in retirement is such a great thing, and no one believed that more firmly than my grandmother. Yes, the money helped, but more so than that, she enjoyed having a place to go every day -- or, eventually, twice a week. She relished the opportunity to socialize with her co-workers in between tasks, and to get a change of scenery on an ongoing basis.

A couple of years back, when the trip to and from the office was starting wearing on her, I asked my grandmother if she'd consider giving up the job, and her answer went something along the lines of, "I'll work until it truly becomes too much." And that conversation changed the way I viewed retirement.

While I'm nowhere close to retirement, I often think about what I want to do once I get there. After all, I write about it for a living. I used to think I wanted to retire early and enjoy not having a schedule or job-related demands to worry about.

But now, I'm convinced that I want to work for as long as I'm able, like my grandmother. I'm fortunate in that I happen to love what I do, so keeping at it doesn't sound like a torturous endeavor. In fact, I'm not sure I'll ever really retire in the conventional sense. I'll probably cut back my hours, as my grandmother did eventually, but my goal is to work in some capacity because doing so is, in my mind, a meaningful way to spend my time.

Of course, now that she's officially fully retired, my grandmother knows that she's going to have to make an effort to keep busy. And while I'm sure her resignation this week was bittersweet, she has lots to be proud of. She could've taken the easy way out and stopped working at 65, or 70, or 75, like so many people do. Instead, she pushed herself to keep going, and at 91 years old and change, I'd say she's earned the right to call it quits.