One benefit of nearing retirement is having the freedom to make decisions without having to worry about how they might impact your kids, since, conceivably, they'll be grown and out of the house at that point. For example, if you're inspired to pick up and take a week-long cruise, you don't need to run it by your 30-year-old child. And, of course, the decision to actually pull the trigger on retirement is one that you should, in theory, be able to make yourself.

Still, there are certain retirement-related topics it pays to talk about with your grown children to get everyone on the same page. Here are a few you shouldn't skip. 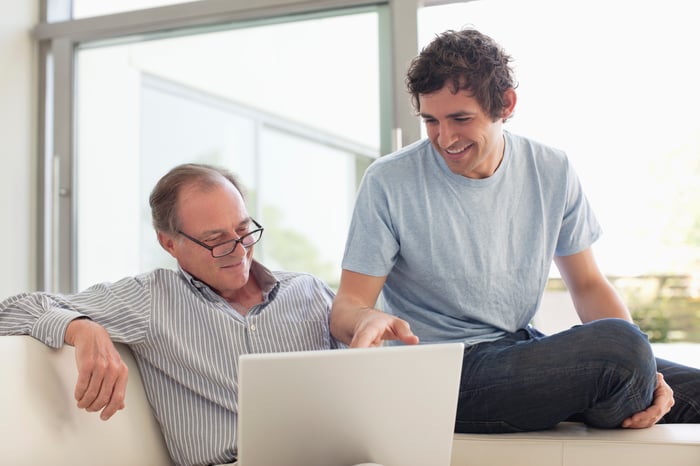 Many seniors choose to downsize their homes in retirement to save money on housing. If you're thinking of doing the same, it pays to have an open conversation with your adult kids about it.

The reason? It could be that one of your children is interested in buying that home from you, in which case you might as well go that route rather than deal with the hassle of selling it to a random buyer. Of course, a more likely scenario is that your kids will express their disappointment at your decision to unload a home they've grown attached to, but if you think the expense of maintaining it will strain your retirement budget, then they'll have to come to terms with it. Still, it pays to have the conversation in advance so you're not needlessly catching them off-guard.

As you age, your ability to care for yourself might wane. Now if you have long-term care insurance, you may have the option to move to an assisted living facility once that happens, or to bring in a home health aide to help you out. But if you don't have insurance, those options could end up being prohibitively expensive, at which point you may need to rely on your children to act as caregivers.

That's not the sort of ask you should spring on them, though. Rather, you should talk about it years in advance so that there's a plan in place. And if your grown kids are honest enough to admit that they're not willing to step up and be caregivers, then it might prompt you to shift some resources around and buy a long-term care policy as a backup plan.

Grown children with kids of their own often expect their parents to provide loads of child care once they retire. If you live close enough to your children for this to conceivably become reality, you may want to speak up if chasing after toddlers and being on bus duty isn't how you've envisioned spending a large chunk of your golden years. Caring for children can be challenging for anyone, but when you're of retirement age, it can be particularly hard on you physically. And after working hard your whole life, you may want that time to indulge your own hobbies rather than wipe noses and pack lunches.

Once again, having this conversation in advance could help spare you some uncomfortable discussions down the line. It might also inform your kids' financial decisions. For example, if they're expecting you to be a full-time nanny once you no longer have a job to go to, that's a big amount of savings for them. But if you're not willing to take on that role, they might cut back on expenses of their own to carve out money for paid child care.

Talking about retirement issues with your grown kids could help make that transition easier on all of you. Make the time to have these discussions, because the better a job you do of syncing up, the less stressed all of you will be down the line.