You can maintain your lifestyle post-retirement with these three steps.

When you envision retirement, chances are your dreams don't include a worse lifestyle than you had while working. Sadly, for the majority of American retirees, a downgrade seems to be the norm.

In fact, a recent survey from ING shows only 30% of current retirees indicated their income and financial position allow them to enjoy the same standard of living they had while working. And as troubling as that number is, the future looks even bleaker: Just 24% of future retirees who were surveyed anticipate they'll have the funds to maintain their current living standard after leaving the workforce.

This is a concerning vision of the future. But if you aren't yet retired, you don't have to accept a decline in quality of life as the price of retiring. If you start today, you can hopefully set yourself up in retirement to live at least as well as you did while working -- or, ideally, even better than you had before. 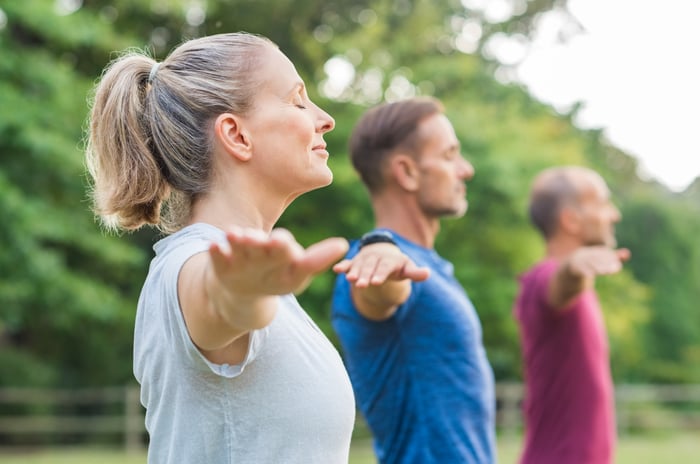 If you want the cash to live large after you stop working, here are three steps to take today.

If you wait to start saving until you're nearing retirement, you'll need to save much larger amounts to have enough money to maintain your standard of living. But, if you start habitually saving as a young person, the can save smaller amounts because your savings have a much longer time to grow.

While $1 million may seem like a lot, saving a nest egg worth $1 million would only produce $40,000 during your first year of retirement if you follow the 4% rule. This isn't a lot if you hope to maintain your old lifestyle -- even combined with Social Security benefits.

And, while you may anticipate you can live on less without reducing your quality of life after you quit your job, many expenses go up as a senior -- including healthcare. And research has shown that close to half of all senior households actually spend more after leaving work than they did before.

You don't want to be forced to live on a much lower income -- and face a resulting decline in your quality of life -- because you based your retirement savings goals on a 10% rule that no longer applies in today's world of longer lifespans, rising healthcare costs, and lower expectations for investment returns.

3. Dedicate some savings to healthcare costs

Even if you've saved a lot for retirement, your standard of living could still decline because so much of your cash goes toward healthcare. In fact, about a quarter of retirees in a Nationwide survey reported healthcare costs kept them from the lifestyle they anticipated.

Healthcare spending can decimate your retirement portfolio. Even if you don't have a health disaster, relying on many prescription drugs is enough to wipe out your savings. But if you or a spouse need a nursing home or at-home care for any period of time, you could quickly eat through even a substantial savings account and end up broke at the end of your life.

To prepare for huge healthcare expenditures, consider creating a savings fund dedicated to medical bills in retirement. Estimates for how much you need vary, but a senior couple should aim to save at least $280,000 -- and potentially more -- to cover out-of-pocket healthcare costs during retirement. This $280,000 is beyond what Medicare pays for, and includes spending on premiums, copays, coinsurance costs, and care Medicare doesn't cover -- but does not include long-term care such as nursing home care. You could contribute money to a health savings account if you have a qualifying high deductible health plan. Another option is to increase your desired goals for your 401(k) or IRA to include a hefty additional sum for medical care.

Although most current retirees report a lower standard of living after retirement and most future retirees expect the same fate, you don't have to let this happen to you. Start today to save as much of your income as possible, and make sure you have dedicated savings for healthcare. A big-enough nest egg can replace your pre-retirement salary and make sure you enjoy life just as much -- or more -- as when you were working.