Millennials are rapidly losing their faith in Social Security, and for good reason.

Americans seem to be losing their faith in Social Security, and millennials are no exception. An estimated 80% of younger adults don't expect those benefits to be around for them when they retire. The question is: Are they being pessimistic or realistic?

Let's start with the most compelling reason to have little faith in Social Security: Those benefits are only supposed to replace about 40% of the average earner's pre-retirement income, and most seniors need about double that amount to live comfortably. The average beneficiary today, in fact, collects just $1,461 a month, or $17,532 a year. That's hardly enough to pay for things that go beyond the basics, like housing, transportation, food, and healthcare. 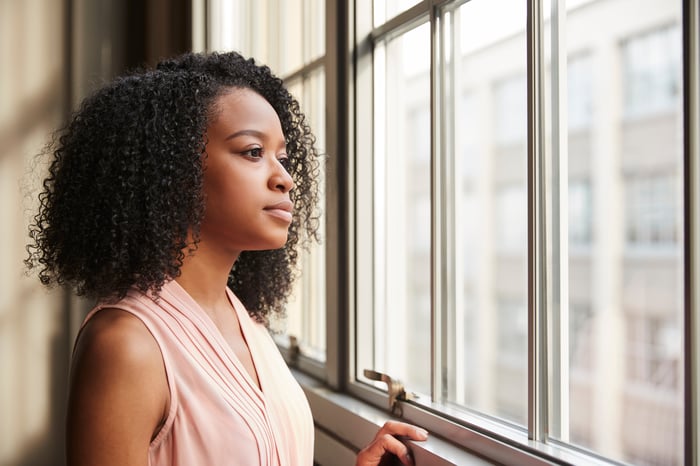 And let's face it: Most retirees aren't going to spend their days sitting at home staring at the walls. They need in-house entertainment, like cable, and they need the option to leave the house and do things with their abundant free time. All of that costs money, and Social Security alone probably won't provide enough of it.

Now let's talk about where the program is going. In the coming years, Social Security expects its scheduled benefits to exceed its incoming revenue. We can thank the mass exodus of baby boomers from the workforce for that one. The program does have trust funds it can tap to cover that shortfall, but according to the latest Trustees Report, those funds are expected to run out by 2035. Once that happens, Social Security might have to reduce scheduled benefits by as much as 20%, which means that rather than replace 40% of the average worker's former income, they'll replace an even smaller percentage.

None of this is particularly good news for millennials, and it also explains why they're so down on Social Security. The upside, however, is that millennials have plenty of time to build their own nest eggs so that when retirement rolls around, they won't have to worry as much about where Social Security is at.

Millennials may be grappling with nagging student debt, stagnant wages, and a general cost of living that keeps increasing by the day, but they also have a nice chunk of time left in the workforce before they need to start thinking about retirement. Thus, the opportunity to build a solid nest egg is plentiful.

Currently, workers under 50 can contribute up to $6,000 a year to an IRA or $19,000 a year to a 401(k). Maxing out, however, isn't mandatory on the road to building wealth (though it's certainly not a bad idea for those who can swing it). Here's a rundown of millennials' savings potential over a 35-year window:

Clearly, setting aside more money on a monthly basis yields a more impressive ending result on the savings front. The point, however, is that it is possible to build a respectable nest egg without depriving oneself of every single luxury under the sun. Furthermore, the 7% average annual return utilized above is actually a few percentage points below the stock market's average. Those who invest aggressively might do even better, thereby accumulating more wealth.

Though Social Security isn't totally doomed, those benefits might take a serious hit in the future, and if that happens, millennials are apt to lose out. Saving independently is the best way to take some of the pressure off Social Security, because while a 20% reduction in benefits is currently on the table, there's no telling how that number might shift between now and when millennials bring their careers to a close.